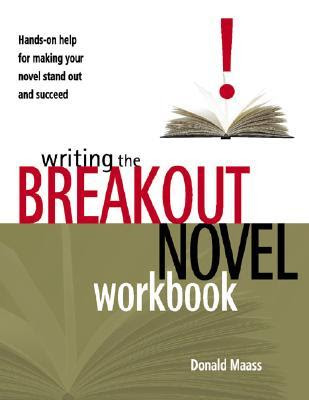 I've been in book editing mode for several months, which has made me do a lot of thinking not only about editing but about outlines, planning, and making the first draft closer to where I want it to be.

I also just picked off my shelf and started reading a book that's been mouldering there for several years, Donald Maass's Writing the Breakout Novel Workbook.  (I picked it up at the library booksale for cheap, and then never read it).

It's giving me a lot of food for thought about character development and more.  But even before I picked it up, I'd been doing some things I've never done before: plotting the story, and writing back-story on leading characters.

I've also gone back for another look at How to Write Good by John Vorhaus to refresh my mind about pivots and turning points.

Partly, I'm doing this because I want to make my next book easier to write and--especially--easier to edit.  And I want to do that partly because I want to shoot for a NaNoWriMo (that's National Novel Writing Month, which is November) head start (the target for NaNo is 50,000 words, which is not a full draft of a genre paperback).

My Ninja Librarian novels were really collections of short stories that offered a modest story arc overall.  But this one is a murder mystery (a sequel to one I'm currently editing, which is partly how I know the first version needs to be better!).  And a mystery requires a tight plot, and that seems to be requiring a lot of thinking about a lot of things.

Here's what I've been doing:
--"Outlining" using the "question method," where I start asking questions and as I answer them ask more, until I have a pretty good idea what the story will look like
--creating more characters
--world-building: creating the people, geography, and layout of Pismawallops Island
My efforts to draw maps for this book, as well as for the current WIP, a middle grade fantasy I'm currently calling Halitor the Hero, are laughable, or enough to make you cry.  I need to find a better way to get my mental geography onto paper (it may involve bribing Eldest Son, who creates gorgeous maps of real and fictional places).

I'm hoping that by November, I'll not only know what the story will look like, but more about the town and the people than I will need for this book--I want the world firmly in place in my mind so that I can keep expanding and developing with future books.

Wish me luck!  And leave your tips and tricks and ideas in the comments.  I can use all the help I can get.
Posted by Rebecca M. Douglass at 6:00 AM