Flash Fiction Friday: The Quick and the Quicker 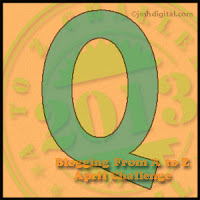 It's another Friday and another Chuck Wendig Flash Fiction Challenge. This week he presented a list of (reader-provided--that was last week's challenge) opening lines and asked us to write a 1000-word story starting with that line.  I chose “I never trusted that statue in the garden behind the house.”

The Quick and the Quicker

I never trusted that statue in the garden behind the house.  The place was crawling with statues, but the rest remained well-behaved, doing as they were told and returning to their appointed places when asked.  It creeped me out a little, but Mom and Dad took it all for granted, and said I was much too sensitive.  Mom liked it.  She said it was like living in an art gallery and that helped her create.

Mom’s an artist, and she’s had a lot of trouble working lately.  She says all artists go through dry periods, and she just needs inspiration.  I don’t know what inspiration one gets from statues that won’t stay put, and I’m not sure I want to know.  Mom’s work is a little weird.

There was one statue that did the washing-up for us every evening.  She looked like some kind of queen or something to me, but seemed to like scrubbing pots, so we let her.  It was only later that I thought how weird it was that a bronze statue could plates and teacups.  At the time, it seemed natural enough, and what surprised us was that a queen wanted to wash dishes.

The place was doing strange things to us, and I blame the statue in the garden.  It bugged me because it was the only one that didn’t ever move.  Maybe  that should have been reassuring,  but not in a house where every other statue, sculpture, or bit of three-dimensional art wandered the house at will, trying out new points for displaying themselves.  Not many were as active as the Queen, of course, but even the paperweight on the library desk, an amorphous blob probably made by someone’s 4-year-old, drifted around.  Once I caught it hiding in the drawer.  But though the statue in the garden behind the house never seemed to move, I noticed it didn’t have any weeds or vines or even lichen growing on it.

We’d taken the isolated house for the summer, and at first it was great. Then, at the end of the second week, it rained, and I stayed in.  By now I’d gotten pretty used to the statues, and learned to look where I was going in case one had moved into my path.  Once in a while I chased one off to keep the hall clear enough to get to the bathroom in the night, or asked the man-sized abstract to move so that it wouldn’t block the front door.  They didn’t talk, but moved politely.

But the statue in the back garden.  .  . I sat in the library that rainy morning, looking out and debating if it was worth getting my boots and rain jacket and going to see if the creek was rising, when it caught my eye.  It still hadn’t moved from where it stood—and it’s a sign of how the place was getting to me that I found that creepy—but I could see its head swiveling from side to side, watching the house with blank eyes.

After a few minutes, I began to hear the familiar shuffling of the statues rearranging themselves.  It sounded like they were all gathering in the hall, and suddenly I didn’t like it one bit.  I crept to the library door, and opened it just enough to peek out, down the hall toward the entry.  The big abstract had blocked the door again.  And all the other statues, I’m pretty sure it was every one in the house, stood before it, as though they were receiving commands from a leader.  Aside from the shuffling noises, they were as silent as always.

Suddenly frightened, I ran back to the window.

The statue was gone.  Now I heard a noise in the hall that sounded—but I must have imagined it—like a murmur of angry voices.  Now I was really scared, and I wanted Mom.  But I stopped with my hand on the doorknob.  If I opened that door and went out, I’d be in full view of all the statues, and they were between me and the studio.  Whatever was happening, I didn’t want them to know I was watching.

That left the window, and just before I climbed out, I turned back and picked up the fireplace poker.  It was the only thing at all like a weapon that was definitely not also a work of art.  I’d wondered about it.  In a house where everything was art, this one tool was clearly just that: a tool, bought at the hardware store, straight, dull, and heavy.  That weight felt good in my hand as I crawled out the window into the rain.

Creeping behind the bushes, I make my way toward the front of the house, where I hid behind the largest bush of all.  The statue from the back garden stood on the porch, and the front door was opening, ever so slowly.  The noise from within grew louder.

At that moment I knew that statue must not be allowed to enter the house.  In my most commanding voice I yelled to them all to go back to their places, but the garden statue only turned to fix me with a malignant gaze from it’s blank stone eyes.  If the statues wouldn’t obey me, I knew what I had to do.

Clutching the poker in both hands, raising it over my head, I ran for the porch, and brought the weapon down on the stone head with all my force.  The impact numbed my hands, and bits of stone stung my arms and face.  The statue split in two, and lay still.

The door swung open, and I felt the gaze of all the statues in the hall.  Pretending I wasn’t scared to death, I stood taller, held onto that poker with both my stinging and numb hands, and faced the crowd.

Then I commanded them to return to their places, and they went.