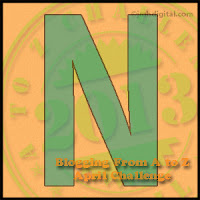 Bonus fiction today--more from the Ninja Librarian himself to celebrate National Library Week.


Most people who have read Miss Alice’s book assume that she has recounted the whole of my exploits in our town.  That could not be farther from the truth, for indeed, even to tell all she knows would fill several books.  Nor have I shared with Alice every minor disruption I have dealt with.
Consider, for example, one quiet day in November.  Alice was in school with her pupils when the notorious Nate Nevada rode into town and straight up to the library.  I suppose he had heard how I had managed Jake and Harry, not to mention all those rowdies from Two-Bit and Endoline who tried to disrupt our Fourth of July party.  Perhaps, in the local parlance, he “figgered he would show me a thing or two.”

As has so often been the case in such circumstances, it was my pleasure to improve Mr. Nevada’s education instead.

The gentleman in question—you understand that I use the term in the loosest possible sense—entered the library with a swagger, slamming open the door so that it struck the wall.  A couple of poorly balanced books teetered on the edge of a nearby shelf, and one fell, landing, to my distress, in the sort of crumpled heap which is so very hard on bindings.

I looked up from my desk and studied the newcomer.  As always in such cases, I gave him the benefit of the doubt and a civil greeting.  That does so infuriate the toughs.

Please refrain from mentioning that last to Alice, as she would be only too delighted to find I do at times provoke intruders deliberately and with malice.  I believe she already suspects me of enjoying the exercise perhaps more than is strictly polite.

In any case, my greeting, however genteel, served only to escalate the situation.  Slamming the door shut once more, so that the second book teetered and fell, he stepped forward and said—well, on second thoughts, perhaps it is best if I merely note that words were exchanged.

During this exchange, Nate strode to the center of the room and pulled off his riding gloves one finger at a time.  Watching him, I let my hand drift to the black silk in my breast pocket, but if he had heard of my penchant for wearing the mask, he did not react.  Perhaps he assumed the tales were exaggerated.  Perhaps he was merely too absorbed with himself to notice the subtle warning.
Tiring of our badinage, I took up once again the book I had been perusing when he entered.  For all my apparent unconcern, however, when the rough fellow laid a hand on the bookshelf housing the children’s books, I knew at once, and rose.

“I strongly recommend that you reconsider your intended actions, Mr. Nevada.”

In response, he swept a shelf full of books to the floor and leered at me with his black and broken teeth all showing.

“I does what I wants, and if any fool tries to stop me, I might just kill him with my bare hands.”  He flexed his big fists.

To speak truth, that wasn’t the whole of his utterances, but it was the only part which I might comfortably repeat to you.  And it was enough to make me act.

I believe he expected a great deal more talk, for he was unprepared for me, and I swept the floor with the Notorious Nate Nevada, and had the books repaired and reshelved before school let out.  Nevada left town slung over the back of his horse, to be taken wherever the horse believed his home to be.  I folded my mask and stowed it neatly in my pocket once more, and resumed my interrupted reading.
Posted by Rebecca M. Douglass at 6:00 AM