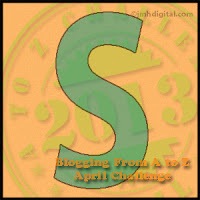 First, I want to take a moment to acknowledge a nice (meaningless) threshold, which is that sometime over Saturday night I passed the 10,000 page views mark.  Unfortunately, since Blogger doesn't sift out the robovisits, I think a significant portion were due to Russian sites of dubious virtue checking out that "old-fashioned girl" post.  Still.  Ten thousand views.

And I only need 13 more members to hit the 50 follower mark!

First I want to say that Ms. Sayers was a serious scholar and she herself considered her Lord Peter stories (and other unrelated mysteries) as a sort of sell-out.  But, let's be frank: who reads her theological works today?  A whole lot fewer than read her mysteries, that's for sure (for the record, I have read at least one of her non-fiction works, The Mind of the Maker, and it is an excellent exploration of the relationship between the creativity of God and the creativity of the artist, for those who think in those terms.  The woman could write, whatever her subject matter).

The 12 Lord Peter novels (and 3 collections of short stories) are definitely products of their period (the 1920s and 30s), being more intellectual than action-oriented.  The series is also slightly schizophrenic.  In 8 of those 12 books, Lord Peter appears alone, and the books are classic intellectual puzzles.  In Strong Poison, she introduces Harriet Vane, and (after ignoring her existence in intervening books) develops a complex love interest in Have His Carcase, which erupts into the central place in the last two books, Gaudy Night and Busman's Honeymoon.  Gaudy Night in particular stands out because the entire story is from the perspective of Harriet Vane, and we finally truly see Peter through another's eyes.  Busman's Honeymoon shifts perspectives, but her view again predominates, leaving me to wonder what kind of change in the nature of her mysteries, or maybe in the mystery novel, Ms. Sayers was contemplating.

Gaudy Night, in particular, is a great read for a writer, as Harriet is (just by chance, of course!) a writer of mysteries.  In many ways the book (which contains a perplexing mystery but lacks a corpse) is a meditation on marriage and work, for women (and especially the woman artist), as well as on the value of writing as work.  It is a theme that I think Sayers would have further developed had she continued to write, and in fact is developed in Jill Paton Walsh's completion of Sayers' unfinished final novel, Thrones, Dominations.  It is unclear in that work what is Sayers and what is Walsh, but I suspect that the concern with the difficulty Harriet has with her writing was planned by Sayers.

I can heartily recommend any and all of the Lord Peter books, though a couple get a little dense and dry (The Five Red Herrings according to rumor was written to demonstrate the perfect construction of red herrings, and I could believe it).  The books can be read in any order, as they are only very loosely tied, though I think a little sense of development is gained from reading them in the order written.  Other details of Lord Peter's life are added by reading the short stories, though any effort to construct a timeline would, I think, lead to madness and despair.

Oh, and one final reason I like the books?  Lord Peter is addicted to word play.