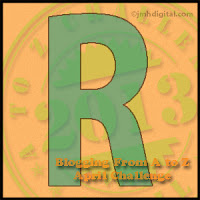 Most folks manage a cover reveal, but I'm still struggling with that.  But I wanted to throw out a teaser as we get closer to release for the Ninja Librarian sequel, Return to Skunk Corners.  So here's an excerpt from the first chapter.

It didn’t come as any surprise.  When we sent the toughs from Endoline packing without any help from the Skunk Corners librarian, I knew what we’d proven.  I’d known the Ninja Librarian long enough to guess what came next.

Still, it had been a nasty shock when I woke that morning to find an envelope on my kitchen table.  Only one person could’ve snuck in and left it without me waking.  With a sinking feeling, I slit the envelope with my hunting knife, feeling the big brass key inside.  Along with the key to the library was a single line penned on a bit of stationery in the Ninja Librarian’s fussy, old-fashioned handwriting:

Mine?  I knew even less about running a library than I did about running a school.  Which, despite several years in charge of the Skunk Corners school, wasn’t much.  Anyway, I couldn’t run a library and a school, could I?  I raced to the library, meaning to stop him if I had to sit on him, but he was gone.

Just like that, I’d lost my best friend, my teacher, and my mentor, and gained another unwanted responsibility.  If Ninja Tom wanted me to grow up, he’d opted for the sink-or-swim approach.
I was giving some serious thought to sinking.

So begins the second saga of Skunk Corners, and though things start off a bit gloomy, they look up soon.  Here's a selection from later in the book, when Big Al encounters the most feared beast on the mountain:

I was walking home in the evening coolness, well satisfied with my mission, when I encountered the one thing that scares me.

No, not a bear nor yet a courting fellow—I can cope with those.  This, my nose told me, was much more unnerving.

I froze in my tracks, my eyes swiveling like they were on lantern-poles, trying to spot the critter without making any move that might startle it.

The little black-and-white animal stepped onto the trail right in front of me, and I turned to stone.  I put all my efforts into offering neither threat nor surprise to the thing.  I scarce breathed while the critter looked me over and began to saunter up the trail away from me.  It was while I considered my options—following a skunk didn’t have much appeal, but I needed to get home—that I realized I hadn’t seen our town’s namesake for a long time.

Maybe not since the Ninja Librarian had so expertly ejected one from the library, his first morning in town.

Now, I like animals, and teach my students respect for all the critters, but I can’t say I’d been pining after the skunks.  And I wasn’t any too happy now to realize I’d have to follow one up the trail, or else take to the woods and beat through the brush in the near-dark.

I decided maybe I’d just set a while on a handy tree trunk and think, while Mr. Skunk, or Mrs. Skunk—I didn’t know and didn’t care to get close enough to ask—went wherever he, or she, was going.

If any of you would like to read more, contact me to see about being a Beta reader, as I move into the final editing stages.