This week Chuck Wendig assigned us all the Random Title Jamboree.  Two lists of words, two rolls of the D20 (or, in my case, the random number generator), and you have two words for your title. I decided it was time for a story really meant for the kids, and I used about 1380 of the 1500 words he allotted us this week.

“No, look!” Rob’s urgency brought Kyle to take a closer look. The shorter boy held a small vial of sand in one hand, and a letter in the other. “It’s from my Aunt Hortense.”

“She’s not crazy. She’s a geologist.”

“She spends all her time wandering around the desert poking at rocks. And she calls herself Hortense.”

“That’s her name. She can’t help that. It’s her parents’ fault. I think she’s cool.” Rob scowled at his friend. Kyle was his best friend, but he just didn’t get some things. Like people liking rocks and deserts.

“Well,” Kyle was reluctant. “If you say so. If my name was Hortense I’d go by Susie or something. But that’s her choice.”

“If Aunt Hortense picked a nickname, it would be something like Ammonite or Cretaceous,” Rob said. “But think about it. She gets to go camping and hang out in cool places and it’s all part of her job. Kyle, she gets paid to go camping! How cool is that?”

Kyle shrugged, and Rob sighed. His best friend didn’t like to get too far from a charger for his smart phone. Or from his X-box.

“Anyway, Aunt Hortense has found this whole dune of red sand, and she’s going to spend the summer figuring out just where it comes from.”

“Yeah, but.” Rob shrugged back. “You have to figure out which ones and where. Anyway, she wants me to come help her look for the source, and she says I can bring a friend! You’ll come, won’t you?”

“Forget the X-box for once, Kyle! This will be a blast!”
##
The two boys stood in the airport, clutching their dufflebags. At 12, they’d been excited to travel alone, but now they were a little unsure. What if Aunt Hortense didn’t pick them up?

Rob spotted a tall woman, her brown hair pulled back into a tight braid, wearing blue jeans and a long-sleeved shirt, and waved excitedly. His aunt hurried up to them, apologized for being late, and led them off. As though sensing Kyle’s doubts, as they rode the elevator to the parking garage she asked, “You want lunch before we get started?”

Over burgers, she explained. “I’ve already got the field camp set up. I bought supplies before I picked you up, so we’re ready to go.” The boys had already noticed the row of coolers and boxes of food in the back of the Jeep when they’d tossed in their duffels.

She looked at the cell phone Kyle clutched, scanning his messages even as he shoveled in French fries. “You can charge that in the Jeep while we drive. But there isn’t any reception where we are going.”

Kyle groaned, and Rob kicked him under the table. “Told you.”

Hortense looked at the boys. “We are going to be camping,” she said. “And working. If you didn’t want to leave your toys, why did you come?” Rob studied his aunt, and decided that she knew perfectly well what was up, but it would do Kyle good to sweat. Kyle gulped.

“Mom said I couldn’t spend the summer playing video games. So here I am.” Kyle hadn’t even wanted to ask his mom, but Rob insisted. Even so, he wouldn’t have asked if he hadn’t been sure his mother would say no. Instead, she’d thought it was a great idea. Now here he was, stuck with no contact at all with the outside world.

“You’ll see. There’s enough to do out there without Minecraft and Angry Birds.” To Rob’s relief, Aunt Hortense didn’t seem bothered by Kyle’s attitude. She kept on talking, outlining what they would be doing while the Jeep sped down the highway. After about an hour, they turned onto a much smaller road.  After another hour, they turned onto a dirt road.

Kyle, who had been playing games on his phone most of the way, looked up. “I lost my signal.”

Rob peered out the window. The road was narrow, dirt, and appeared to run right into the side of a mountain. He had a feeling 25 miles was a long way.

Rob was right. It was nearly dinnertime when Hortense pulled onto a flat spot next to a pair of sturdy tents and a shade shelter. They’d left the narrow dirt road for an even narrower and rougher jeep trail, and Rob was excited to realize that they weren’t going to have a lot of company. He already knew Hortense didn’t have any students with her this summer.
##
Kyle grumbled a lot, though only to Rob. He seemed a little intimidated by Aunt Hortense. The first day they hiked to the sand dune. It was in an odd place, Rob thought—a high valley, up among the pinon and juniper trees, not down in the desert. Kyle didn’t seem to notice anything odd, only that his feet hurt and he wished he’d brought water and not just a soda. Aunt Hortense had told him to, but he hadn’t listened.

Every day after that they hiked in a different direction, looking for traces of red rocks, and hoping to spot other drifts or dribbles of the sand.

After a week, Kyle began to grumble less, and forge ahead of the others more. When Aunt Hortense announced that they needed to make a trip to town for supplies and showers, Rob expected his friend to be ecstatic, but in fact he seemed a little disappointed to leave camp. He brightened when Aunt Hortense said they could get everything they needed in the small town near where they’d left the highway, and there was a laundromat in town with a shower.

Rob wasn’t surprised, though, to find that as soon as he had a signal, Kyle was back on the phone. He sent a few texts, emailed some photos to their moms, since Rob didn’t have a phone, and then settled down to surf the web.

They were waiting for their clothes to finish drying when Kyle exclaimed “Aha!”

“We aren’t going to find the source of that sand by walking a few miles each way from the dune. We need to figure out prevailing winds, and we might have to hunt miles and miles. It says here that sand for dunes can travel ten miles or more.

Rob looked at his Aunt. Why hadn’t she known that? Then he saw her grin.

“Aunt Hortense, you knew that!” he accused. She grinned some more.

“You wanted us to figure that out for ourselves?”

Rob and Kyle studied her with narrowed gaze, but she distracted them by saying, “Let’s go get some ice cream while we wait for the dryer!”

Rob and Kyle went along, but they didn’t put up the phone. Rob was reading all about how sand dunes form, and he realized something else.

“Aunt Hortense, you already know where the sand for those dunes comes from, don’t you?” he asked as they folded laundry and stowed it in their duffles.

“Well, yes. I do. I take it you found my article from three years ago.”
“Yeah. So what are you looking for? You’re always collecting and testing rocks up there while we hike. I thought you just cooked this up to give us a great summer vacation.”

“Well,” Aunt Hortense looked ashamed. “I did. But I’ve found some really interesting stuff up there. Interesting to a geologist, I mean. So now I’m looking for more clues. We might find some good fossils if we keep looking.”

“Wow!” Kyle and Rob said together. They bumped fists. “Best summer vacation ever!” They raced for the jeep.

Aunt Hortense followed more slowly, smiling. Two boys out of the house and excited to hike all over and stare at rocks with her. Yup. Best summer vacation ever. 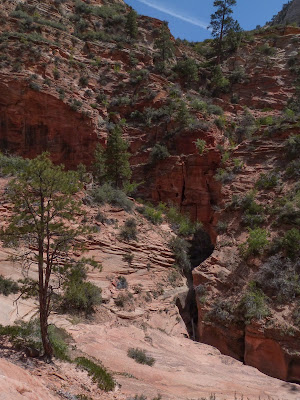