At last, we are back to the Wendig Challenge! This week, we were given a list of ten random (and I do mean random--clearly computer-generated and not all of them coherent!) sentences and were asked to use at least one in our story. I found two that went together, in my mind, at least, and came up with a mere 675 words to present...


Nothing has been right here since the river stole the gods.

I must explain. Our village sat on the banks of a great river. I will not say which river, or even upon what continent, because we don’t need treasure-seekers swarming our lands, hunting for the gods. The gods must be found, it is true, but it must be we who find them, not someone who will carry them still farther from us.

The problem with idyllic villages on the banks of great rivers is that great rivers do not keep to their courses. Changes in the river channel had happened many times, to be sure, and each time we picked up and moved farther back into the jungle. Or forest. Or prairie. I’m not giving up clues that easily. We thought nothing of it. It was the natural course of things, including the course of the river. Sometimes it moved away from us, and we shifted our lives the other direction, toward the new riverbed.

Only, as it turned out, it wasn’t only the natural course of things that drove the river. We greatly underestimated the power of the river spirits, and their jealousy. We learned our mistake in the spring floods of that year, when the river leapt from its banks to steal our gods, and all else that we had and treasured. Most of us escaped with our lives, but not all. The river has no pity.

You wonder why, when I have told you that the river often crept from its banks and forced us to retreat, I say that this was different. This was no creeping nudge. This was a rumbling, rushing assault. And our river is too great for that. It can absorb all the waters of spring, and rise but slowly. Mountain streams with narrow banks I have heard may double their flow in spring and leap from their beds without warning, but our river slowly spreads, silently and inexorably. But this time, though inexorable, it came neither slowly nor silently. Nor had we known any storms that might raise the level.

In a single rush, the river crossed a wide field, grasping our temple and our gods, and taking most of the village with it in its violent sweep.

And when it had gone, a single green gemstone lay in the mud where our temple had been, missed or rejected by the river, we knew not which.

We rebuilt. Those who live and die by great rivers rebuild a lot. We built a new temple, and sadly laid our lone gem inside. But a single glittering gem is not enough to make a building into a temple. Our gods are gone, and with them our luck, if you will have it so. The blessings of our gods. Those things which make us thrive and prosper. Call it as you will, it was gone.

There is only one thing left for us to do. We must recover the gods the river stole, and then…then we must move far from the jealous river, for it will never forgive us and will never again bless us with the gentle floods.

We have sifted the mud that is all that remains of our village. The gods are not there. And I find myself wondering: if our gods can so easily leave us, are they ours? Do they care for us as we have long believed they do, as we have cared for them?  I gaze at the long expanse of mud that trails downstream, and I wonder how far those stone deities could be carried even by the raging river-monster that carried away the temple.

Maybe our gods left us of choice.

Maybe they are not our gods.

Maybe they are not gods at all.

When my thoughts reach this point, I take up my burden, the small bundle that is all that remains of my goods, and I begin to walk.

If a glittering gem is not enough, neither will be the gods that the river stole. 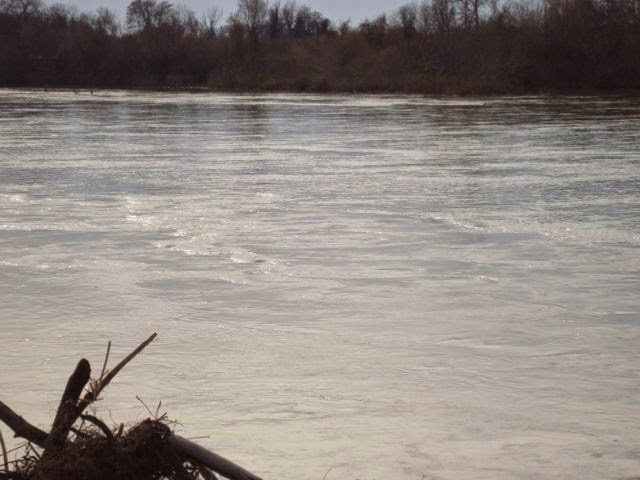