Since my story from the last two weeks (here and here) landed in the East Mojave among the Joshua Trees, I was inspired to do a post on that area, one I love and hope to be visiting in a few weeks.

The national parks get all the press--who hasn't heard of Death Valley? and thanks to U2 even Joshua Tree is vaguely familiar to most people. But "East Mojave National Preserve" lacks both a sexy name and a high-profile iconic element. That's okay. I like it uncrowded. But still--it's worth a closer look. At 1.6 million acres, it sits out in the middle of nowhere in SE California, between Interstate 15 and Interstate 40. Remember the movie "Baghdad Cafe"? It was more or less set, and filmed, in Amboy, just on the south side of the park.

The variety of landscapes in the Preserve is amazing--though all is desert, it ranges from the Kelso Dunes (at about 2200', among the lowest parts of the park) to the Midhills Campground at 5500' in the Providence Mountains, to the Joshua Tree forest on the Cima Dome (around 5000'). Then there are the mountains--rough, rugged, and tall enough to have forests and water in the high reaches, if you can get there. We've been all over (except the mountains--we lack 4WD, and we go in the spring, when it's cold enough at 5000 feet). Here are some of my highlights.

The Kelso Dunes are the #1 attraction, and over the years we have watched them get discovered. So far, park management has kept them from getting trashed.  In 2008, we arrived at the right time for the most amazing bloom of the desert primrose, a flower that looks far too delicate for the environment. Each blossom lasts just a night, and by the end of the next day is a little pink rag. We returned the following year, but there were few or no flowers--the desert only blooms when the rains come just right.

Not far from the dunes you find the historic Kelso Depot. The trains still go through, but don't stop, and the building is now the Visitor's Center and houses some great historical displays as well as an art gallery. The diner has been restored to 1930s style, and when we last visited (2009) was serving burgers and shakes again. My husband remembers stopping there as a kid, when you drove in over 50 miles of dirt road, and a shake or ice cream cone was the best thing in the world!
NE along Kelbaker Road you find an unassuming hole in the ground. It's surrounded by cinder cones and is, in fact a lava tube--a cave formed when hot lava flowed on out from under a hardened crust. Down inside, the floor is dusty, and the roof full of holes, making this less cool and pleasant than some lava tubes I've known, but also making for great photos!

Over in the Providence Mountains, the Hole in the Rock Trail is otherworldly as well, for those willing to do a little scrambling, or at least climb down a series of rings set in the rocks. 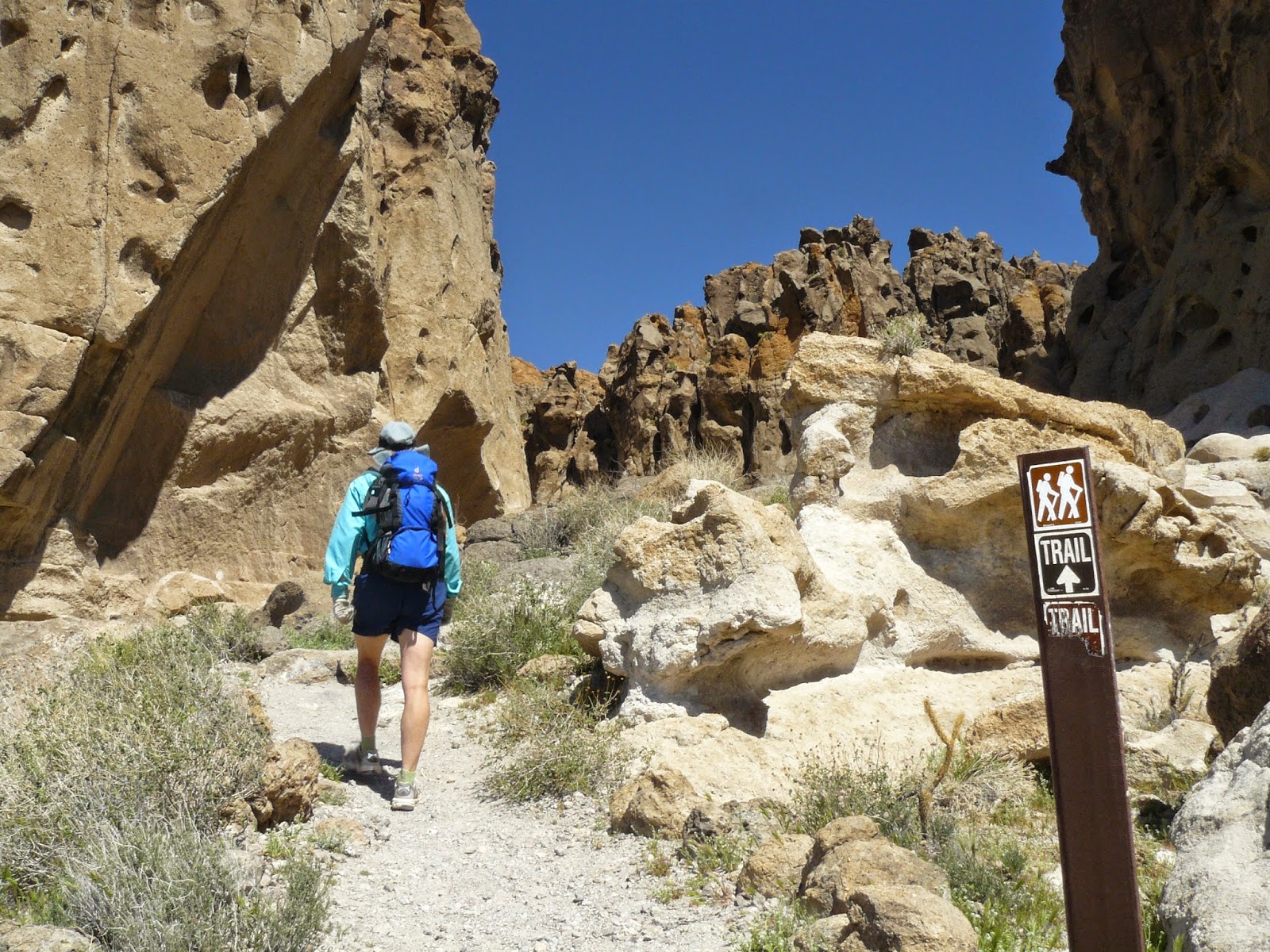 Meanwhile, surrounded by the National Preserve, Mitchell Caverns State Park offers an easy cave walk in a limestone cave, with great formations.
And, of course, I can't leave without a shot of the Joshua Trees.
©Rebecca M. Douglass, 2015