A little late with this this morning!

Today I'm reviewing two of Madeleine L'Engle's books, the first two about Vickie Austin. First published in 1960 and 1963, they introduce a character and a family who continued to appear in books up to L'Engle's death. I'm reviewing both, not because they don't stand alone, but because most of what I have to say applies to both. 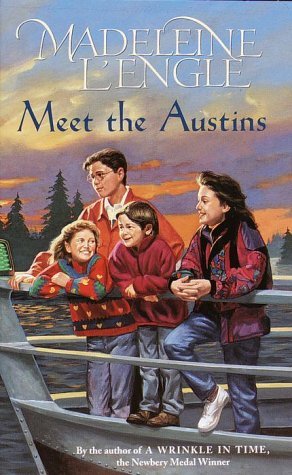 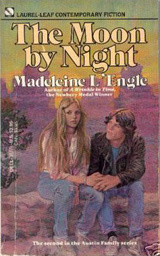 Title: Meet the Austins and The Moon By Night
Author: Madeleine L'Engle
Publisher: originally published by Vanguard, 1960 (Meet the Austins) and Farrar, Strauss and Giroux, 1963 (The Moon by Night). About 240 pages each. My paperbacks were published by Bantam and Dell, respectively.
Source: My bookshelf.

The Story:
In Meet the Austins, we do just that. We meet narrator Vickie Austin, age 12, and her family: her home-maker mom, doctor Dad, and siblings. John at 15 is the oldest and steadiest. Suzy is 9, and a pretty, bouncy blonde with the ambition and brains to become a doctor. Rob is 4. In spite of the catastrophe with which the book opens--a friend of the family has been killed, and his daughter Maggie will be coming to live with them for a time--the book really does just feel like an introduction. Nothing much really happens. Vickie establishes herself as a kid on the cusp of adolescence and in position to have a hard time with it.

The Moon By Night is a great deal more eventful, but again, most of the story feels like it is there to allow Vickie to struggle with growing up. Two years have passed, and everything is changing again. Not only is Maggie leaving the family to live with her legal guardian, but the whole family is going to uproot from their little New England Village and move to New York for a year. John is going off to college. And to help the family make the transition, they do a cross-country camping trip.

My Review:
Okay, looking at my summaries, you'd think I don't like these books, but I do. However, I also think they aren't as good as some of L'Engle's other work, in part just because they don't have that extra sense of importance. In A Wrinkle in Time, Meg and the others have to save her father from a fate worse than death, and save the world along the way. These are very much just stories about coming of age, without any more drama than the teen years provide all on their own.

I think that Meet the Austins is one of the author's weakest books. It feels very episodic, and lacks a central cohesion. It's still a fun read, but doesn't compel. The Moon By Night feels a little more purposeful. Less happens to Vickie, and more happens because she acts. It is still a story without big issues and significance, but under the very simple story line a lot of major life issues come up. We meet Zachary Gray, a character L'Engle brought into a number of books, crossing over between the Austin Family books and the Murray family from Wrinkle. Zach is a great means of getting at some issues about life, death, and choices, and maybe even a few the author didn't realize.

I've been sensitized by recent articles about abusive relationships and controlling boyfriends, and boy, does Zach set off the alarm bells! He is definitely trying to control Vickie, as well as manipulating her emotionally, hurting her (emotionally) and then apologizing so that she feels sorry for him and always forgives...I wonder if L'Engle realized what an abuser she was creating? Understanding him this way also helps me understand why this super gorgeous guy picks on younger girls who are not generally recognized as pretty, a plot point that is otherwise unbelievable. I'm happy to say that, in the end, Vickie stands up to him, which also makes me think that L'Engle knew exactly what kind of person she had created.

For books that were written about the time I was born, these don't feel all that dated. A few attitudes about gender roles and dress (surprisingly few!), and a lack of seatbelts were the most obvious relics of another age. The tour of campgrounds across America amused me (though it also was a bit dated, as things have changed in the Parks, and not all for the better), as did L'Engle's reaction to the Southwest. Obviously, that denizen of the east coast forests wasn't as taken by the desert as I am! I can't hold that against her, though I would love to have the opportunity to show her just how not-dead those lands are.

Recommendation:
These are not the author's best work, but for those who like to have "the whole story" they fill it in with fast, easy reads that are well-written and definitely not a waste of time. I think that Vickie's issues might make for some possible openings for conversations with daughters on the cusp of puberty.

Full Disclosure: I have owned copies of both books for years, and received nothing from the writer or publisher in exchange for my honest review.  The opinions expressed are my own and those of no one else.  I am disclosing this in accordance with the Federal Trade Commission's 16 CFR, Part 255: "Guides Concerning the Use of Endorsements and Testimonials in Advertising." 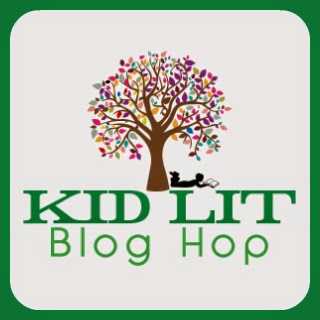