Kid Lit Blog Hop: Behind the Masks, by Susan Patron 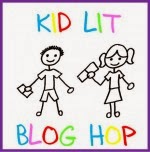 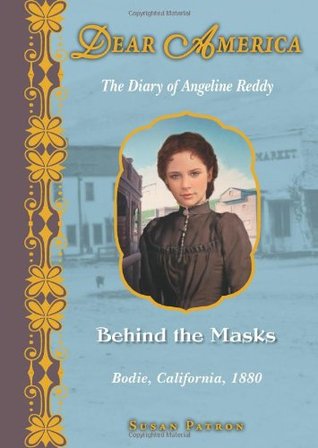 Summary:
The story opens with news that Patrick Reddy, Angeline's father, has been killed, but neither the girl nor her mother believe this for a moment.  Angeline concludes that, with her mother ill, it is her job to figure out what her father is up to.  The plot thickens with a vigilante group, a group of anonymous actors, a Chinese girl, and a new friend who has problems of her own, until everything comes out in the end.

Review:
I'm not sure if my review on this is going to be fair or not.  I'll be up-front: though I enjoyed much of the story, as far as I'm concerned the author ruined it with a ghost story that is taken completely at face-value.  Since these books are supposed to be completely realistic fiction (Dear America is a series of fictional "diaries" of girls, usually just entering their teens), I found it jarring and off-putting.  Let's just get that out of the way up front.  I get that a girl of her age and time and place would believe she sees a ghost.  But the story leaves no option except to believe that the ghost is real, and has been seen and believed in by at least two other people.  That I can't buy.  It kept jarring me out of what could have been a fine adventure story.

The history part is fine, though at times a bit heavy-handed with sharing the author's research (do we really need to know how to make a cream to keep hair from turning gray?  The incident adds nothing to the story).  I was excited to read about Bodie, which I have visited (it is a 'ghost town' east of the Sierra on the border between California and Nevada, managed now by the National Park Service), and I enjoy that period of history and reading about the area, but I can't say the story was super well-written.

The plot doesn't seem to quite hang together.  Angeline has to go to school each day, except that after the first day (when she shocks her teacher by showing up on the day after her father has supposedly been killed, and is cruelly punished for refusing to acknowledge he is dead), school sort of fades out of the picture.  She is worried about going back and being punished again, but we never hear more about it.   Further, the teacher who is so irrational and brutal in that instance is shown later to be actually a good and caring person, without ever dealing with her cruelty (after all, a bit of compassion for a child who is clearly in denial about her situation would make more sense even for a very strict, old-school teacher, than beating her for it--the punishment only rings true if Miss Williams is really a sadist).

These inconsistencies, compounded with the ghost story issue and too much focus on Angeline's crush on Antione Duval, left me feeling again and again while listening that the story just wasn't working well.  I have generally been impressed with the quality of the Dear America books.  This one doesn't seem to me to live up to the standard, though I was interested enough to listen through to the end.

Not recommended unless you really like ghost stories and are desperate to read about Bodie (which is undeniably a really cool place).

Full Disclosure: I borrowed Behind the Masks  from my (digital)  library, and received nothing from the writer or publisher in exchange for my honest review.  The opinions expressed are my own and those of no one else.  I am disclosing this in accordance with the Federal Trade Commission's 16 CFR, Part 255: "Guides Concerning the Use of Endorsements and Testimonials in Advertising."