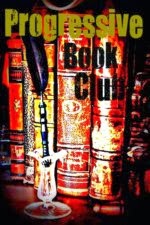 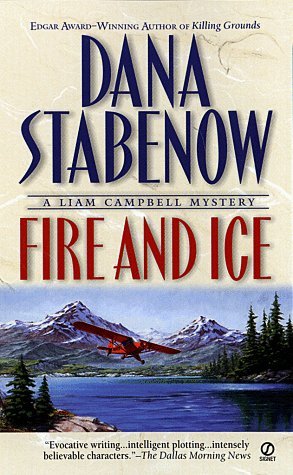 This week, instead of reading a mystery just for review, I read with the intention of studying how the story was laid out and developed.  I'll admit that, since I kept getting caught up in the story, it only partly worked.  Dana Stabenow is a good writer; it's hard to ignore the story and study the structure even in a book I've already read (I chose a re-read so I could pay more attention.  Maybe I should have done one I read last week, not a few years ago!).
NOTE: THIS ANALYSIS DOES INCLUDE MILD SPOILERS!

Here's the scoop on the book I read, since this does amount to a review of sorts:
Title: Fire and Ice, by Dana Stabenow
Publisher: Signet, 1999, 286 pages (paperback).
Source: Library

The Plan:
My plan was to read the book and note plot and character development, creation and destruction of red herrings, means of inserting back story, etc.  I was doing this in the interests of improving my own craft as I'm nearing completion of my first mystery and starting to rewrite my second (yes, I am aware that this would have been a good thing to do before I started writing either book.  Isn't hindsight a wonderful thing?).  As noted, the plan suffered a bit because the book was too good to read purely as an exercise in the construction of a mystery novel.  Maybe I should have dissected a bad mystery.

The Lessons:
1.  We start with a bang, almost.  In fact, the first 3.5 pages are scene-setting, establishing the nature of the main character, Alaska State Trooper Liam Campbell, through his assessments of his fellow-passengers on the flight to his new posting (most of whom turn out, of course, to be his new neighbors).  We also get the geography by watching the flight with Liam.  Then we are let a little into his history, so that we know right off that there's a problem with his personal life and maybe in his professional life.  Then, on page 5, we get a corpse.
My assessment: it's a bit chancy, even 3.5 pages of scene-setting.  Stabenow can do it, because she's a known writer and her readers know she'll make use of this.  But the beginning is actually kind of passive, and there's quite of bit of exposition.   I'd love to be able to offer exposition like that, that makes you wonder only how it's going to play out in the story, not if.  But that might be something you need to be trusted to get away with.

2. Keep things moving.  Campbell is hustled from crisis to crisis, and neither his investigation nor his personal life is allowed to do anything the easy way, though once or twice it looks like it might.
This is where Stabenow brings in the humor that is her hallmark; the things that complicate Liam Campbell's life are almost absurd, yet still real.  The murder investigation is never funny.

3.  Everyone is lying.  I've seen this noted before in discussions of writing mysteries, and it seems to be true here.  Everyone is lying, hiding something, or just unwilling to talk to a Trooper.  That makes nearly everyone a suspect at least until their lies have been sorted out, and maybe after, too.
Don't be nice to your characters.  Campbell has to deal with the fact that the one person he most trusts and most wants to be innocent is lying to him right and left.

4.  Keep the pressure on.  Campbell can remove a few suspects from the list, but he can't remove the ones that most matter.  And at the same time he can see a growing threat to other people.

SPOILER!
5.  Killing off the bad guys is tidy, but not always totally satisfying.  Stabenow deals with the perps in this one by having them end up dead, and that leaves some questions hanging.  Maybe okay.  I'd use it with caution.  It also makes for a pretty high body count, which is okay for her, but not so good in a cozy (what I write).  The mystery is wrapped up just enough, and in this case there is a nice circularity to the deaths.  Campbell's personal life shows modest forward movement but is still a mess--we are clearly left expecting more about him.  This is in keeping with generic conventions.

6.  Still thinking about character development.  Stabenow is really good about dropping the little bits of both description and backstory in without being obvious, and she's in no hurry.  I can also see her using little things to tag a character: Liam Campbell is terrified of flying, we learn in the first pages.  Not only does that tell us something about him, but it adds some nice tension in his personal life, since he's in love with a bush pilot.  Most characters get physical description through his eyes, which works very nicely as he's a cop, but it's all done with one or two key points (except maybe a couple of the women, who get more attention, if you know what I mean).
I have concluded that character development and backstory are the hardest things to do smoothly.  I'll probably have to be content with doing okay at first and getting better with practice.


###
Full Disclosure: I borrowed Fire and Ice  from my  library, and received nothing from the writer or publisher in exchange for my honest review.  The opinions expressed are my own and those of no one else.  I am disclosing this in accordance with the Federal Trade Commission's 16 CFR, Part 255: "Guides Concerning the Use of Endorsements and Testimonials in Advertising."
Posted by Rebecca M. Douglass at 6:00 AM