Flash Fiction Friday: Have You Seen the Rain?

This week's Wendig Challenge was another song-title prompt.  I went to Pandora, hooked into the Classic Rock station, and took the second song that came up (because the first was, shall I say, inappropriate).  This one made a story leap to mind at once--maybe a little too obvious, in light of the current drought in California (hard for some areas to believe, but while the Eastern US has been hit with a zillion feet of snow, and there's been flooding in England, the US Southwest has been setting records for lack of rain).  It's exactly 1000 words, including the title.


Have You Seen the Rain?


The clank of the well mechanism, delving ever deeper, had been a part of Eleanor’s world since she was born.  It never stopped, unless something broke down.  It had been a quarter of a century since rain had fallen, and only the pumps kept anyone or anything alive in Foothill.

Most people had left Foothill and the other Valley towns for the northern breadbaskets of Washington and British Columbia, shaking the dust of California off their feet with relief.  Eleanor and her father and brother remained.  They scraped a living of a sort from the parched soil, growing what heat-tolerant foods they could with the slightly brackish water the well now provided.

They couldn’t leave because there were no more machines to take them away, and the draft animals had long since died.  They hadn’t gone when the others did, because Eleanor’s father would not go.  Her mother was buried in the cemetery behind the decaying church.  She had died in the 15th year of the drought, when Eleanor was two and Zack was six.  The stock had died before that, unable to tolerate the brackish water, the heat, and the lack of forage.  Temperatures for much of the year stayed in the triple digits, day and night.  Winter was a thing of the past, and Eleanor thought rain was a myth.

The girl stood before their dwelling and watched the brilliant sunset fade in the west.  Though she knew the heat and the dust killed everything sooner or later, she loved the colors of the sunset.  Even the dry air and dust were comfortably familiar, and the setting of the sun brought a sort of freedom.  The sun was their enemy, beating them down with a physical force that made even thought an effort during its reign.  They worked in the night, when slightly lower temperatures and the absence of the brutal sun made it possible to tend their plants.

“Come on, El!”  Zack called from the pumphouse.  “We need to haul out the water, then pick bugs.”

Eleanor made a face.  She didn’t need her brother to tell her that.  It was what they did every night.  Bugs seemed to be the only things that survived here, probably because of the small garden.  And they needed every bit of every plant, so they picked the bugs off nightly.  And because they needed every bit of protein they could get, they saved the insects.

Everywhere but in their garden the soil was baked so hard it couldn’t be dug.  When Mother had died, they had been forced to spend a week’s water allotment to soften the ground enough to dig a grave.  Zack remembered it.  There were other families then, but that struggle had been the last straw, and when a government transport—the last—arrived, everyone had left but the three of them.

When the sun began to rise at the end of the short June night, Father climbed down from the ladder he used to repair the shade structure over their garden.  “Time to go in.”

Eleanor glanced to the east.  The bright band that preceded the sun glowed over the Sierra, the mountains Father said had once been called “Nevada.”  Snowy, whatever that meant.  Eleanor had trouble imagining snow.  She took one last look toward the approaching Enemy and followed Father and Zack into the cave they had enlarged and finished, where the temperature remained tolerable even through the middle of the day.  Father turned on the light and began to prepare their meager supper, frying some of the bugs.  The light was a relic of the old days, and ran on solar power, which gave them a few hours of light in the cave before it began to fade.

They ate their dinner in weary silence.  Then Father took up a book and began to read.  A dozen antique books—real, printed books on paper—filled the place of honor along one wall, and the children had learned to read from them, but they loved best to have Father read to them, though they knew them by heart.

“‘The next day the rain poured down in torrents again, and when Mary looked out of her window the moor was almost hidden by gray mist and cloud. . .’”

“Father, have you ever seen the rain?” Eleanor asked.

His face grew sad, and he looked at his children with something like pity.  “Yes.  I was about Zack’s age—14—when the rain stopped.  When I was a child, it rained every winter.”

For a long time he did not answer.  Then, “Clouds built over the Sierra, which might be white with snow.  They were huge, white towers in the distance at first, but when they drew close and blocked out the sun, they turned dark and blue-black, like Aggie.”  He looked around as though expecting to see the cat, though it had vanished a year before.

“Then what?” Eleanor pressed.

“Right before the rain came, you felt a blast of cool, damp air, and a gust of wind.  Sometimes, though, the storms would play with us, making thunder and lightning and no rain.  We could see it high in the sky, but it evaporated before ever it reached us, and the lightning started fires.”

That was what had happened to the forests that once come down nearly to their town.  They had burned, huge regions at once, as the dead and dying timber yielded to scant rains and caught easily from the strikes.  Dry lightning, with no rain.

“On the best days, the rain came, like in the book, in torrents, soaking everything and filling the air with a smell—I can’t describe it.  Dust and sage, plants and animals reaching for life.  And none of it did any of us any good,” he said as though to himself.  “There will be no more rain.”  His eyes filled with tears.  “My children will never see the rain.” 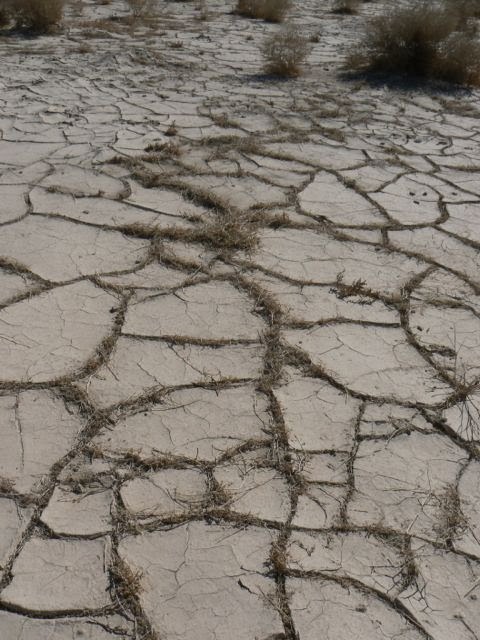