After three weeks of teasers, it's time I got started on the real photo posts. Since those three weeks were absolutely jammed with hikes, I have about... 2500 images to sort and edit (the goal is to delete 1/3 to 1/2. A real photographer would make that about 3/4, but I'm not that tough-minded). Then I pick a few from each hike to share with you. For that reason, this is just the first couple of hikes.

Our first effort at hiking was a quickly-aborted outing from Wright's Lake, across the mountains from Tahoe (this was before the current fire threatening South Lake Tahoe; there was another fire just south of the lake, as well as the Dixie fire to the north).

We had intended to spend several days in that area, where we could hike at moderate elevations, but instead, we moved on to the eastern Sierra, driving south until we got to some clear air. That put us up Rock Creek, ready to hike the Little Lakes Valley.

Our first hike was a little lower and easier, up a side canyon to Dorothy Lake.

The next day we did a much longer--just under 8 miles--and topped out not that far below 11,000'. Not quite the easy acclimatization we'd planned!

The Little Lakes Valley is well named. The trail passes at least 7 lakes en route to Gem Lake. The first couple of them gave us reflections, before the breeze picked up. 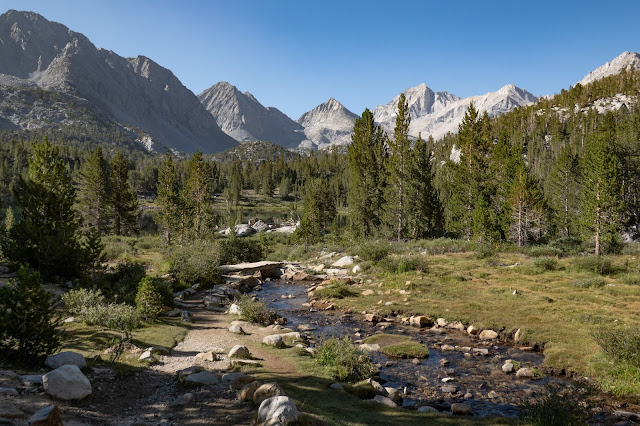 We reached Gem Lake in time for an early lunch (our favorite kind; especially when breakfast is at 5:30 or 6). 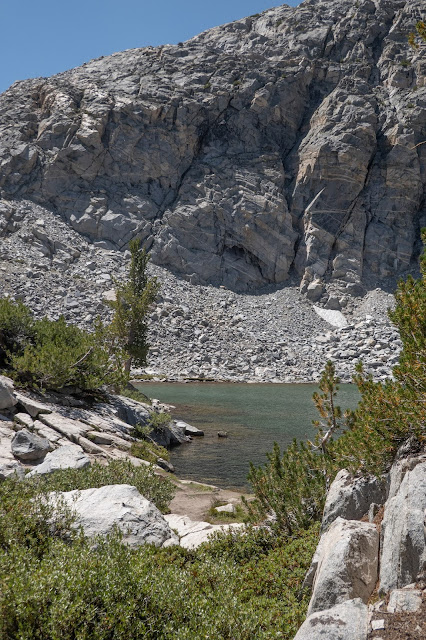 On the way back, we swung by Chickenfoot Lake. The lake itself was windblown, but the inlet stream offered some classic Sierra reflections. 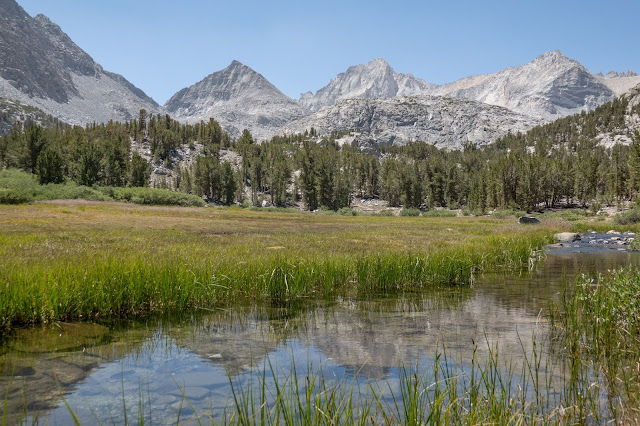 And that afternoon, like all of them on this trip when we were at the cars (not backpacking), I pulled out the laptop and wrote. 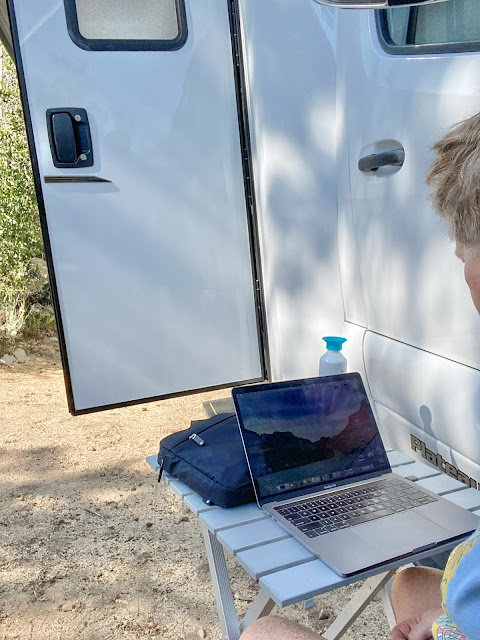 Hope you enjoyed the photos! There are plenty more to come, as I work my way through the edits.