Continuing the tale of how I spent my August...

Still in training for carrying serious packs with several days' gear and food, we took ourselves to the Bishop Creek area, found a campsite (sadly, this one had mosquitoes. Even in August of a dry year, a wet grassy meadow by a stream has mosquitoes), and did a couple more good hikes.

Our first expedition was to the Tyee Lakes, located on the ridge between South Lake and Sabrina Lake. It was new to all of us, but the series of four lakes was touted as being worth the climb.

The trail started right up.

The first lake, as we were warned in the guidebook, was pretty enough, but nothing really special. The best part for a photographer may have been the grasses at one end. 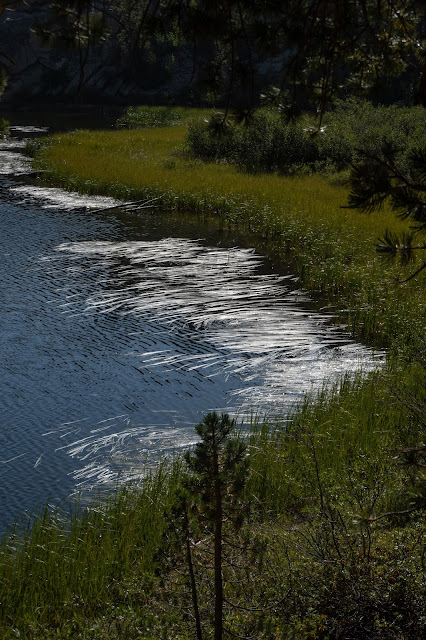 Also as advertised, the fourth lake was the best. 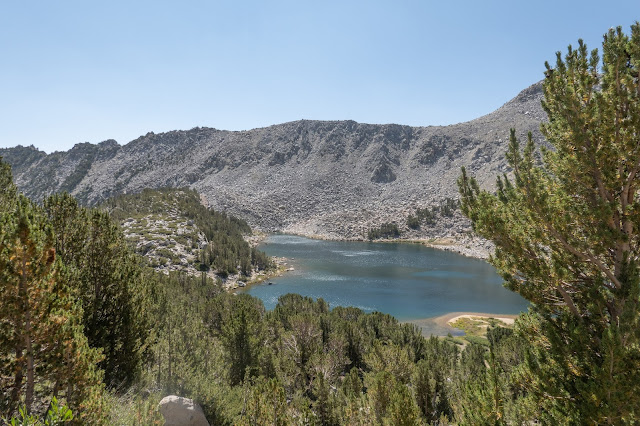 While we sat on the shores of the fourth and highest Tyee Lake, I started studying the map--and found that I could make the hike into a one-way, rather than an out-and-back, with a little help from my companions, who generously agreed to my plan. Leaving them, I continued alone up the trail toward Table Mountain, which pretty much lived up to its name.

Reaching the edge of the table, I looked down on  George Lake, a mundane name for a pretty lake in a narrow valley. 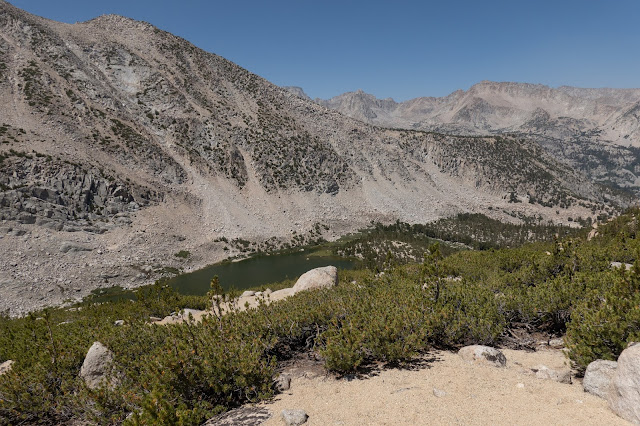 The next day we hiked from South Lake up to the Treasure Lakes, another new spot for me.
The lower lake lived up to the promise of the approach, and we enjoyed a snack and photos on the shore. 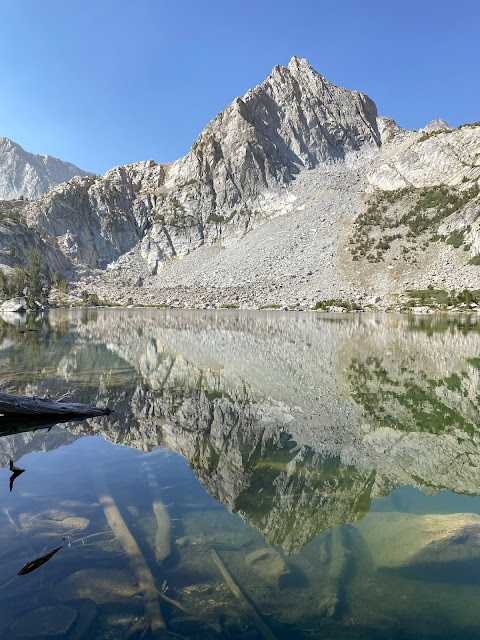 The map suggested more lakes beyond, and the trail appeared to continue, so we followed it up the inlet stream.
After a rough trail and then a little exploration beyond the end of the trail (not sure quite why it doesn't go all the way, except you have to climb up some rocks--easy enough but doesn't leave a track), we found the upper Treasure Lakes, and the perfect spot for lunch.
It was all downhill from there, as it were. Well, actually, it wasn't--the trail has a 200' climb on the way back out, which we definitely felt. And the day remained beautiful, concluding with the sun shining from behind some clouds as it sank below the ridgeline. 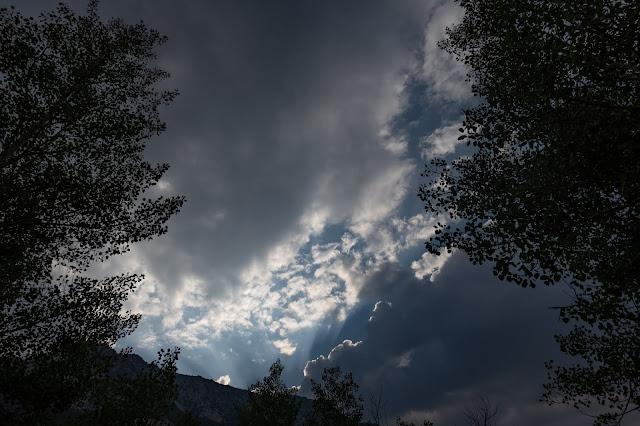