It's November, and that mean National Novel Writing Month--a.k.a. NaNoWriMo, or just NaNo. It's a national challenge to all the writers and would-be writers to put the backside in the chair and write 50,000 words in a month (that's a decent juvvy novel, but well short of an actual adult novel, even a trade-paperback mystery. It's still a good start and a great accomplishment).

I've done it, twice. The first time, the result was Death By Trombone. The second time, I produced a mess of words that's supposed to be the 3rd Pismawallops PTA mystery (and it will be. I'll start revisions on rewriting that in December. But it went so far awry that I can't even use the working title). This time, I'm probably cheating a bit, but I'm working on converting a collection of flash fiction about Gorg the Troll into a novel. So, like Halitor the Hero, it's back to the world of fantasy that can't quite keep a straight face.

I thought I'd throw in a weekly report, along with a bit of cheer leading, each Sunday.

So: Week One.
I got off to a slow start, since I didn't get my final revisions on The Problem With Peggy (release date Nov. 28; preorders available now!) out the door until Wednesday. Then I spent a day pulling together some notes I made last summer and creating the first part of an outline. Of course, the existing stories provide something of an outline, but there is so much more to Gorg's story than is in the 8 or 9 pieces of flash fiction I've written over the last 3 or 4 years.

Since I didn't really start writing until Nov., 3rd, and late in the day at that, the word count as of Saturday night stands at 4759. That's a bit behind the curve, but I'll not have any trouble catching up. Gorg is a delight to work with, and I can write around 2000 words most days. It's so much fun to dive into this stage of the writing journey--always my favorite!

How about you? Participating in NaNo? Tell me about it!

In case anyone's forgotten, here's my favorite portrait of Gorg: 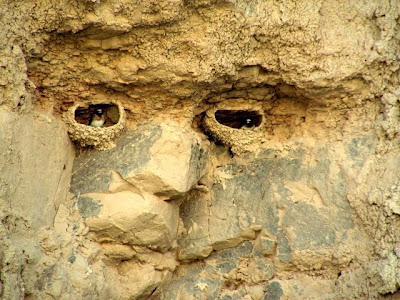