Review: The Vampire Mechanic by WIll MacMillan Jones

First off, yes, I know it's nearly Tuesday (or, depending where you are, already Tuesday). We spent most of last week in the desert chasing wildflowers and got home fairly late on Sunday. So sue me. Or wait patiently, and by the end of the week I'll have wildflower photos to share!

Now for our featured review: 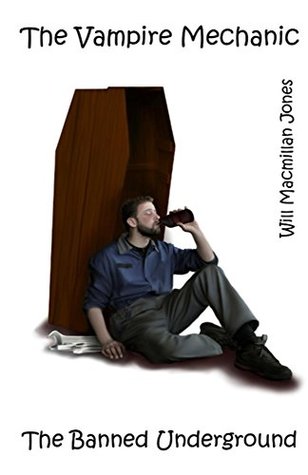 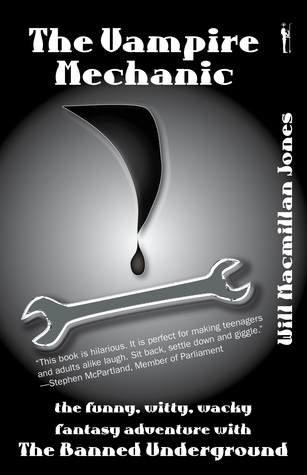 I tossed in both covers because a) I'm not sure which one is on my ebook, and b) I like them both.

Also note: I do associate with the author on Goodreads. But he's never sent me cookies, cake, or vegemite (thank the gods), and our association has in no way influenced this review.

Title: The Vampire Mechanic (The Banned Underground #3)
Author: Will Macmillan Jones
Publisher: Safkhet Fantasy, 2012. 173 pages
Source: I bought this of my own free will and with my own money.

Summary:
First, understand who the Banned Underground is (are?): a dwarf rhythm and blues band, with a bog troll on sax. And a dragon on bass. That's a good start. Now, give them a gig in Wales (which they and the author seem to consider pretty much the edge of the universe, and not in a nice way), and some friends who borrow Santa's sleigh to come to the concert, and things start to get interesting. Throw in some vampires, a Dark Lord who wants the sleigh, and of course Grizelda, a cranky witch with a penchant for turning people into vampires, and things get interesting.
Review:
This whole series is a fun excuse for some bad jokes (and some good ones), a lot of music, and even more drinking. Plot is secondary to that, which explains the absurdity of a lot of it (absurd  in a good way, for the most part). That also explains why to me this one didn't quite work as well as books one and two. Not that it's bad. I just found a couple of the running jokes wearing a bit thin. I haven't completely made up my mind about the active involvement of the author in the story, though mostly it works well. After all, doesn't everyone want someone they can definitively blame for the things that go wrong? This crew has the author, and they know it.We can only envy them.

In the end, my only serious complaint was that there were a few places that just didn't read as smoothly as they should have. I've been reading books on editing as I work on my own writing, and found myself mentally adjusting a sentence here and there, most especially in dialogue.
Recommendation:
Best for teens and up, and for those who like a) British humour, and b) the absurd. If you are a fan of Douglas Adams and Terry Pratchett, you will probably appreciate the Banned Underground. Jones may not be as brilliant as those two, but who is? (Possibly not even Adams and Pratchett). It probably helps if you are into the music, but it works even if you don't know a thing about rhythm and blues.
See my review of The Amulet of Kings (Book 1).
I don't seem to have reviewed Book 2, The Mystic Accountants, though I read it and enjoyed it.
Full Disclosure: I purchased The Vampire Mechanic, and received nothing from the writer or publisher in exchange for my honest review.  The opinions expressed are my own and those of no one else.  I am disclosing this in accordance with the Federal Trade Commission's 16 CFR, Part 255: "Guides Concerning the Use of Endorsements and Testimonials in Advertising."
Posted by Rebecca M. Douglass at 4:26 PM