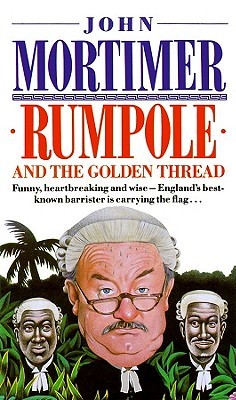 Review:
I find John Mortimer's short mysteries featuring Rumpole (and, of course, the slightly offensive She Who Must Be Obeyed) to be pleasantly enjoyable. Each has it's own twist leading to Rumpole's triumph in the courtroom, though he seems to have a bit harder a time of it outside the Old Bailey. Under the humor, there are at times real issues being addressed, though a reader can choose to think or not, of course.

Some readers will be bothered by Rumpole's relationship with his wife (and I'll say it's not one I'd care to have, but the point is to be a bit over the top). And Rumpole isn't above a bit of sneaky maneuvering--always in the interests of justice, of course. It's the ways he finds to get to the truth and get his man off that keep me engaged.

Recommendation:
For fans of light mysteries and British humor. If you don't appreciate P.G. Wodehouse, you probably won't be wild about Rumpole, either.  But if you do--dive right in.


Full Disclosure: I borrowed an electronic copy of Rumpole and the Golden Thread from my library, and received nothing from the author or the publisher in exchange for my honest review. The opinions expressed are my own and those of no one else. I am disclosing this in accordance with the Federal Trade Commission's 16 CFR, Part 255: "Guides Concerning the Use of Endorsements and Testimonials in Advertising."