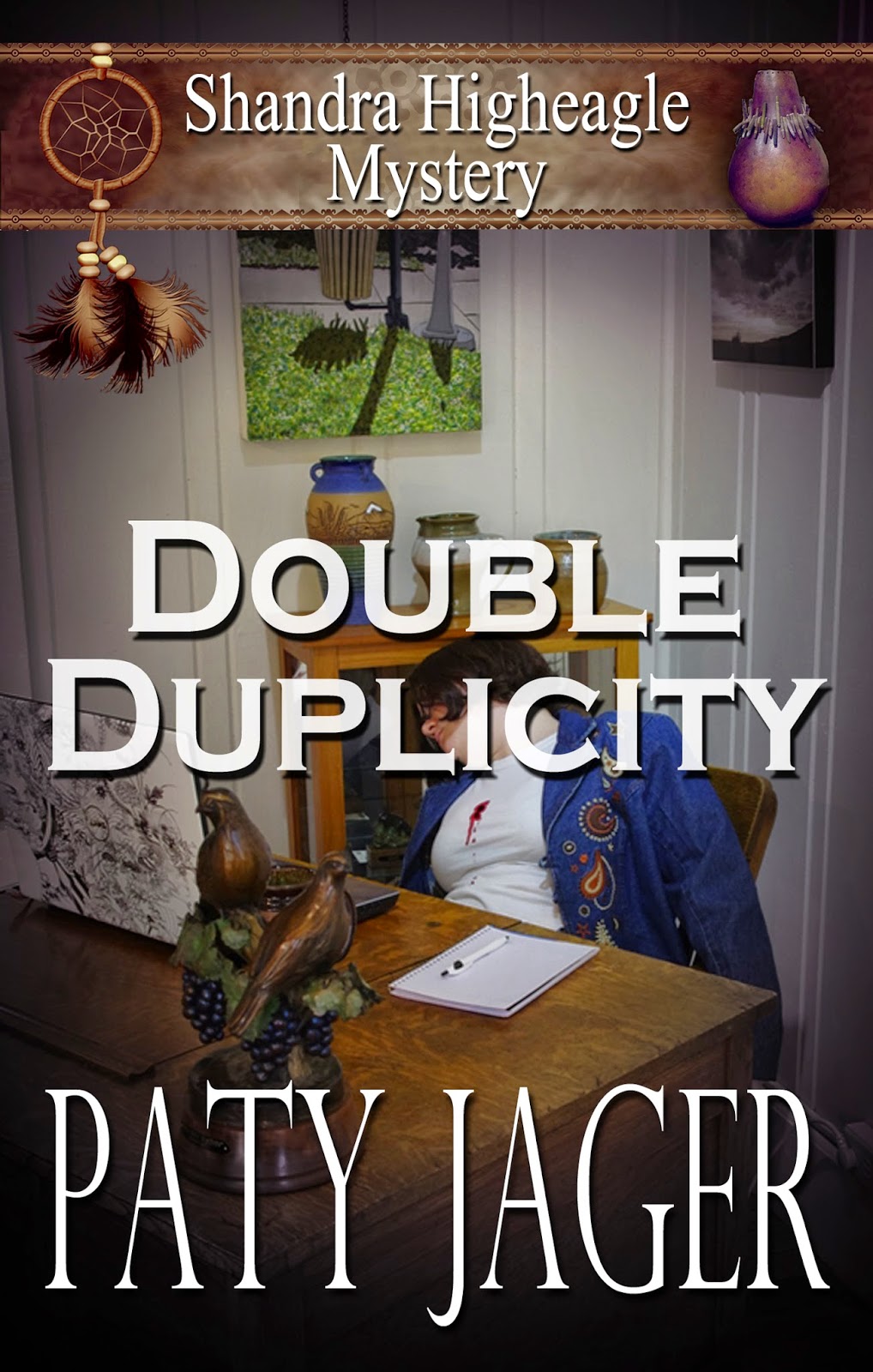 Today's review is part of a Great Escapes Blog tour. I received an electronic review copy, but the opinions expressed in my review are purely my own.

Publisher's Summary:
On the eve of the biggest art event at Huckleberry Mountain Resort, potter Shandra Higheagle finds herself in the middle of a murder investigation. She’s ruled out as a suspect, but now it’s up to her to prove the friend she witnessed fleeing the scene was just as innocent. With help from her recently deceased Nez Perce grandmother, Shandra becomes more confused than ever but just as determined to discover the truth.


Detective Ryan Greer prides himself on solving crimes and refuses to ignore a single clue, including Shandra Higheagle’s visions. While Shandra is hesitant to trust her dreams, Ryan believes in them and believes in her.

Review:
This is a decently-constructed mystery, with likable main characters and a pleasantly unlikable corpse. I found the murder plot adequate, but definitely second to the romance plot. The latter was, I found, very nicely worked out, with a convincing mix of rapid progress and hesitations. As in many cozies, the romance is between the main female character and the main male law enforcement officer (this isn't a spoiler; it was obvious within moments of his arrival on the scene). Point of view alternates between the two, so that the reader is spared an excess of "does he or doesn't he" angst.

All of that said, I found that the story did work better as a romance than as a mystery. As is too often the case, the amateur detective gets away with more than she should, and in this case her motivation for investigating on her own felt inadequate after the first few chapters.

The story has an interesting setting, both in the physical sense (small Montana town just outside Glacier National Park), and in the sense that it deals with both the art world and to some degree Native American culture. I enjoyed reading it, despite some moment of irritation with the story development and with editing issues. (My loyal reader[s] know that I am easily annoyed by grammatical errors or ill-chosen words, far more than most readers). I found places where the tense wandered a bit, and at least one substitution of a near-homonym that jarred.

Recoomendation:
Although I probably won't continue with the series (though I admit I kind of want to see how the love story works out), I think that those who enjoy a good romance with a bit of mystery in a Western setting will like this book and want to follow the series.

Full Disclosure: I was given an electronic copy of Double Dublicity as a participant in the blog tour, and received nothing further from the writer or publisher in exchange for my honest review.  The opinions expressed are my own and those of no one else.  I am disclosing this in accordance with the Federal Trade Commission's 16 CFR, Part 255: "Guides Concerning the Use of Endorsements and Testimonials in Advertising."

As part of the blog tour, there is a giveaway for this book--enter to win!