To all the great people who have been visiting and leaving comments for me: my apologies for not responding. I've been out rambling the deserts, hiking, camping, and getting more photos (can't promise they are good, but the subject matter was amazing). I'm back now and I will be stopping by to say hi and continue meeting great new bloggers! 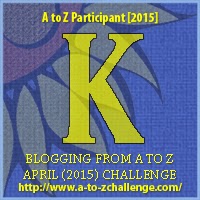 I couldn't make up my mind this time, and didn't have any great "K" photos that I could think of, so I thought I'd give a shout-out to several mountains, and some books that are related to them. These aren't reviews, because I haven't necessarily read the books.

K2 (28,251'): The second highest mountain in the world, and one of the most dangerous. Of the 302 people who have summitted, 80 died. Unlike Everest, which is deadly enough, this is not a mountain you can pay to have a guide lead you up.
Savage Summit: The True Stories of the First Five Women Who Climbed K2, the World's Most Feared Mountain, by Jennifer Jordan, 2005. The subtitle pretty much says it all. K2 is considered the world's most formidable mountain (even if it is 2nd highest), and only 6 women have climbed it. Three died on the way back down. This is the story of those 6 women.

Kilimanjaro (19,341'): Located in Tanzania, it's the highest mountain in Africa, and is especially stirking because it sits out there alone. Kili is a stratovolcano--just like Fuji and all those lovely mountains in the Washington Cascades.
Okay, the book for this one's a no-brainer. It's really only a short story, but it's the first thing that comes to mind when I think of the mountain and books. The Snows of Kilimanjaro, by Ernest Hemingway. You all read it back in middle school or high school, right?

Katahdin (5270'):  Mt. Katahdin in Maine is the northern terminus of the Appalachian Trail. That trail begins down in Georgia, so it's a bit of a triumph to get there. For a funny, if at times appalling (to those of us who have done a fair bit of backpacking) account of hiking a bit of the trail, my choice for this mountain is A Walk in the Woods: Rediscovering America on the Appalachian Trail, by Bill Bryson, 1992. If you want to hike the trail, there are many far better books. But (as you can see, I've read this one) if you want to laugh at a couple of guys in way over their heads, this is the book.