I is for the Ice Castle

In my book, Halitor the Hero, the eponymous Halitor learns of the Ice Castle, a vast frozen mountain in the north of the land. He wants to see it, and speculates that since he's not doing well as a Hero he might need to go to the mountain and learn to herd yetis. In this story, Halitor does visit the Ice Castle, and learns that there might be more to yetis than he thought.


Halitor at the Ice Castle


Halitor the Hero, as he was known to himself and a few very kind friends, gazed in awe at the gleaming structure of ice and rock towering over him. All his life—at least, since leaving his home village two years before—he had heard about the Ice Castle. The marvelous mountain of ice at the top of the world. And now he was seeing it, and it gave him chills.

As the day went on and he rode higher and closer to the mountain, the chills of awe became just plain chills. The wind blew constantly past his frozen ears. Halitor had failed to consider how cold an ice mountain would be. He was now very high up, and it had been two days since the last village. As the sun set, Halitor shivered and looked around for a place to make camp, out of the snow and wind.

A cave. What he needed was a cave. Halitor searched the hillsides, and rejoiced to find one. He led his horse into the shallow grotto, and both he and the beast heaved sighs of relief at being out of the wind.

He and the hose alike would have appreciated a fire, but there was nothing to burn. He’d not seen a tree since before the last village, nor a shrub since. He cared for his horse, rubbing it down and covering it with a blanket. Then he ate a cold meal, wrapped himself in his other blanket, and prepared to pass an uncomfortable night.

In his dream, Halitor was moving. A large yeti carried him away into the depths of the cavern. Halitor opened his eyes. By the Duck Gods! It wasn’t a dream. An extremely large and hairy creature that could only be one of the yetis he had come to seek toted him down a long, rocky corridor, surprisingly lit by torches mounted in wall sconces. He closed his eyes again. Yetis were animals. Everyone knew that, and animals did not use tools. That meant no torches, and no wall sconces. Ergo—Halitor had learned that word from the seneschal at the castle where he had spent the winter, and he liked it—ergo, this was not real and he was, in fact, still dreaming. Relieved, he closed his eyes again. He would just keep sleeping, and wake up in the cave with his horse.

Halitor couldn’t keep his eyes closed. For a dream, it seemed awfully real, especially the bouncing and bumping he got as he was carried, and the odd, musky smell of the yeti, which was hard to avoid as his face was mashed into the creature’s back.

After far too long, the passage opened into a brightly lit room, and the yeti carried Halitor to a dais at the far end and dumped him unceremoniously to the floor. Halitor had spend all the previous winter learning to be less clumsy than nature had made him, but nothing could prevent him from landing in a graceless heap. Struggling to maintain some shred of dignity, he pulled himself together and stood up.

Did yetis understand human speech? No longer able to convince himself he was dreaming, Halitor had to give it a try. “Good evening, good masters!”

The hairy creatures turned to look at him, but none appeared to understand. No one answered him, though there was a burst of activity and chattering talk amongst themselves. That answered one question. They might not speak his language, but they did speak, and Halitor was pretty sure that meant they could think.

With no invitation to do otherwise, and no place to sit in the elegant but unheated hall, Halitor stood and tried to think. After a long time, a small, stooped man rushed from a side passage. He had a great deal of white hair, but he was human. Halitor hurried to meet him, relief flooding him, and they met with much hand-clasping and exclamations of joy.

Halitor was about to ask if the man knew the way out, when the white-haired man spoke his first coherent words.

Halitor drew a deep breath and let go of the question he no longer could ask.

“Of course.” A Hero would rescue himself and the old man.  Halitor needed to think fast. “Can you talk to these yetis?” Maybe they could ask directions.

“How long have you been here?”

Halitor gulped. That didn’t sound good. Though the yetis hadn’t killed and eaten the man, or anything, they weren’t likely to help them leave. He’d have to do that himself.

“Have you tried to leave?”

“Don’t know where the door is.”

Well, at least he hadn’t been caught and dragged back. But if the yetis didn’t mind them leaving, why capture them in the first place?

Halitor shook his head. He always did better if he didn’t think too much. He took the old man by the arm, and strolled across the chamber to the passage by which he’d entered.

When he couldn’t stand it, Halitor said, “There is no maze. There hasn’t been a single branch off this passage!”

That quieted him. In the distance, they could see the grey light of a gloomy day. A moment later, Halitor was hugging his horse, though the beast showed no sign of concern for him. It took only a minute to pack up, and he boosted the old man onto the horse.

Grinning, Halitor led the animal down the mountain. Just turn and walk away. Sometimes, it really was that easy. 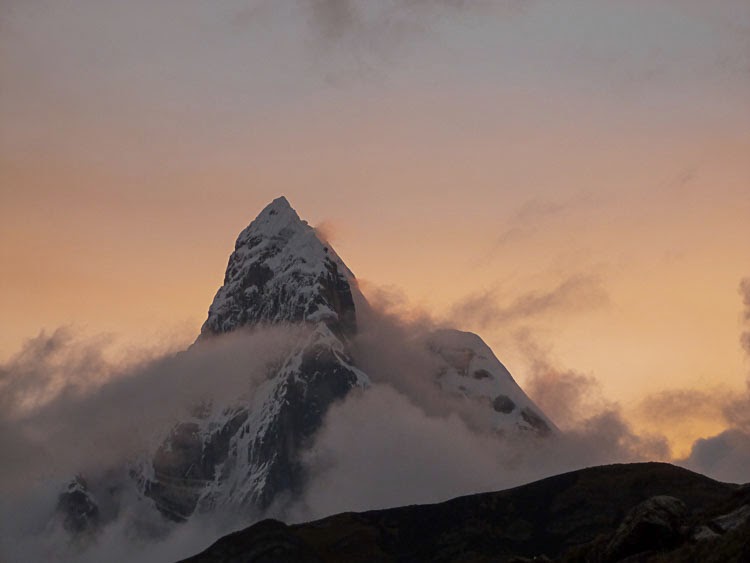