This is the 3rd week of a Chuck Wendig challenge, whereby I pick up a story that has been 2/3 written by two other followers of terribleminds.com and write the conclusion. I took on an interesting tale begun by JD Stoffel and continued last week by Lisa Shininger. We were each to do 500 words. I only ran over by about 50 words. Incidentally, I had to look up "eschaton" so you can too.

I'll add a link to the story I continued last week as soon as I find an ending for it.

Part I (by JD Stoffel)

Charlotte, the Senior Reaping Manager, shook Reap’s shoulder, jostling her blanket of cobwebs aside.
“Ugh,” said Reap with a crackling yawn. “What time is it?”

“2014 CE,” said Charlotte. She shoved a black cloak into Reap’s grasp. Reap opened her mouth to argue, but Charlotte cut her off. “I know you wanted to sleep six more years, but we have a situation.”

“Not Xanaxes,” Reap groaned, sliding the cloak over bony shoulders.

“Xanaxes,” Charlotte confirmed. “Started the apocalypse, like I told you he would.”

Reap did some quick math, accepting a sheaf of pages. “Sixty-three years ahead of schedule. Idiot.”

Brushing aside the compulsion to come down on Charlotte for bossing around her boss, Reaper swung her scythe. The blade hummed through the air and through the fabric of reality at just the angle necessary.

A tear opened and Reap passed through.

She stood in a city park.

Her reaping staff was in evidence. They stood by, waiting for buildings to fall, meteorites to strike, the ground to swallow people whole.

“Ronald, uh,” Reap called aloud, then squinted at the pages. “Ronald Passitelli?” She botched the pronunciation, but it got the attention of a passing low-level reaper.

A glance at his identification aura gave his name. Jim said, “You looking for Ron?” Reap nodded. “Oh, thank God. He’s over by the fountain. Electrocution in about five, so watch out.”

“Thanks, Jim,” said Reap. “Just handle that load.” She pointed at the collection of souls trailing behind the junior reaper. “I’ve got Ron.”

With a relieved sigh, Jim swiped his scythe to reach the Below. Reap paid him no mind, focusing on the now-identified Ron.

Ronald Passitelli stood ankle deep in the large basin of the fountain. A bland young man in a dress shirt and khakis, now soaked, he reached out toward a child. The child took refuge from the hell raining down from the sky in the bulky fountain sculpture.

“Where’s my mommy?” cried the child.

“I don’t know,” Ron admitted. “Let’s find her together.” He made another grab but the child dodged around the fountain.”

“Ronald,” Reap boomed in a voice only moderately intimidating. She did not want to blow the man’s simple mind.

Ron looked at her, able to see Reap now that she had spoken to him, and gaped. “Oh, no,” he said, knees quivering a bit. “I’m not ready!”

Reap rolled her eyes, an impressive feat with empty eye sockets. Humans gave her a lot of practice. “I don’t want to reap you.”

“Yes, but we haven’t the time. Some ancient schlub of a god no one remembers named Xanaxes kicked off the apocalypse early, and you’re the only one who can stop it.”

Ron gaped again when the child in the fountain screeched, “I am not a schlub!”

Of course, he didn’t.

Xanaxes wailed, so Ron turned his vacant expression on the fake toddler instead.

“Oh, come on.” All these humans ever did was gawp at things. Reap whipped the sleeve of her cloak around her bony hand and tugged on the back of Ron’s shirt to pull him out of the fountain.

Xanaxes sploshed through the water and wrapped two chubby arms around the man’s legs. “No! I got him fair and square!”

It took just a flick of the scythe’s handle against Xanaxes’ curly dark head for the god’s body to slacken and drop back into the fountain. Reap tightened her grip on Ron’s shirt and lifted him clear.
“Look, like I said, we haven’t much time. You’re Chosen, it’s an honor, blah blah. Close your mouth before you choke on brimstone.”

Ron did, but not before asking, “What am I chosen for?”

You would think that "you’re the only one who can stop it" covered all the bases. You couldn’t assume anything with humans, though.

“For saving me from a literal eternity of paperwork. Let’s go.”

There were rules upon rules for how Reap was allowed to act while Above. Even during emergencies, she was authorized to interact only with the humans on her lists. She wasn’t supposed to scare the birds who went out of their way to shit on her cloak–no matter how rude they were about it. She definitely wasn’t allowed to use the scythe for anything but traveling, not even dealing with recalcitrant toddler gods. But in for a penny…

Ron dropped to the ground like a sack of meat. Reap slashed at the air beside him.

“Abs, turn off the heat. Live one coming through!” she called, before twisting the scythe to open the seam to the pit enough to let Ron drop through.

Her aim wasn’t the greatest. They slipped into the next world a few inches off an ash-strewn floor. It crunched lightly under Ron’s body.

Abaddon stood a few feet away with his hand still on the shut-off valve. His chitinous skin gleamed. His black eyes did, too. His wings, his robe, the army of locusts screeching behind him. In fact, everything down here gleamed, like it was all covered in a thin film of oil, which it probably was.
He pointed at Ron, who had progressed not just to consciousness but to looking around in terror. “Chosen?”

Abs grinned. He always loved these things. “So, what do you need?”

Reap blew a stray flake of ash off her sleeve. “You guys doing the brimstone for this Xanaxes creep?”
“No, we’re still on the Icelandic contract. It’s probably Lucy.”

“It’s the same pit, though, right? Can’t he just sacrifice himself here, save us a few minutes? We’re up to my skull with souls to process already.”

Abs laughed his horrible deafening chitter and looked fondly at Ron. “They really don’t remember anything, do they?”

"Don't count on it," Ron said.  He was looking around now, and seemed to be developing a backbone.

What rotten timing, Reap thought. If the fellow didn't take the jump, she was going to be stuck processing souls for eternity. And then there was the paperwork for dealing with an apocalypse. Plus the trouble she was in for using her scythe in an unauthorized manner. Several eternities. Ron whoever he was didn't look like he cared about her problems.

"Come on. We're going to find Lucy, and find where you're supposed to jump."

He planted his feet stubbornly. "I'm not jumping off anything, and you can't make me."

Drat! The toddler god really had gotten him. The man's simple face had taken on that look, the one small children got when defying the adults who were just trying to keep them alive. Though in this case Reap wanted him dead, which he was going to be no matter what. She just wanted to make sure he did it in the way that would stop the Apocalypse and save her a few millennia of paperwork.

She hoisted him by the scruff of the neck. "Let's go." She could take him to the brink, and did. The hitch was, he had to take the leap himself or it wouldn’t work. She started talking, working on his sense of public duty, destiny, fame, whatever. They were standing about ten feet back from the brink now, Reap running arguments at top speed and checking the eternal clock every third word.

“Time’s running out, you fool!” Reap snarled it. “You’re dead no matter what, but if you don’t charge over there and jump in the next 30 seconds, so is every other person on earth.” She finally had Ron’s full attention.

It wasn’t strictly true, but close. “Yes!” He’d be dead soon enough, even if he didn’t jump, so it wasn’t a lie.

“If I’m dead it won’t hurt.” He didn’t phrase it as a question, so Reap didn’t have to answer. That was good, because lying to the Sacrifice meant more paperwork.  He took a few wobbly steps toward the brink, and stood there, unable to make the leap. Ron might believe he wasn’t going to notice when he dove into the lava. But on some level his body knew better.

He was going to funk it. Reap could see that. She stepped up closer behind him, seeing his knees were shaking with terror. She couldn’t push him. But she could encourage him.

“Watch out! Snakes!” She screamed it as loudly as possible, and it worked. Ron leapt instinctively out of the way of the snakes…and went over the edge. Reap took a look into the pit, which flared and belched. It was working. She turned.

Five Junior Reaping Managers stood by the door, arms loaded with piles of paper. With a deep sigh and a repentant bowing of her head, Reap led them to her office. Four piles of souls to process, and another, larger pile, to explain her illicit use of the scythe.

“I’ll be here forever,” she moaned, taking up a quill. 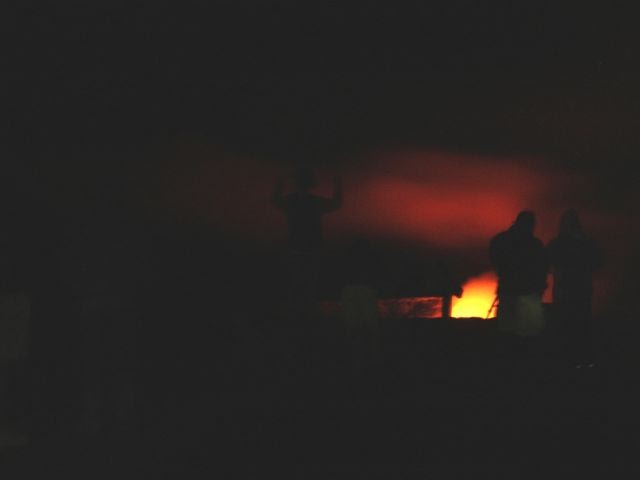 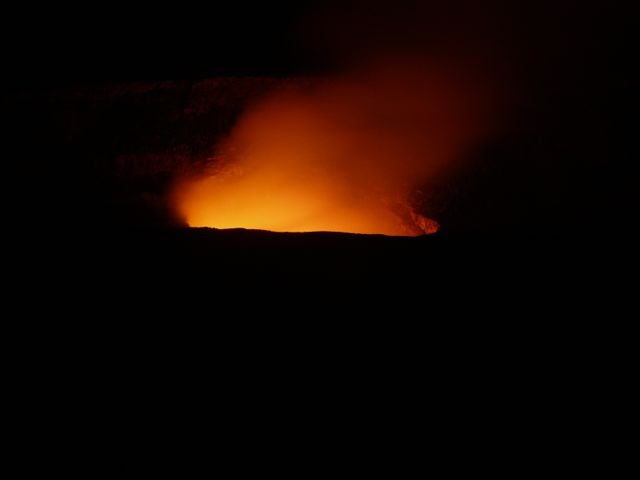