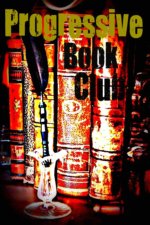 Progressive Book Club #4: How to Write Good, by John Vorhaus


On the last page of How to Write Good, John Vorhaus gives us the three things he thinks we should take away from his book.  But long before that I had my number one choice for the catchphrase that's going up on my wall, my fridge, my computer, and (ideally) my spouse: Procrastinate Later.  It will go right below Don't make liars of those kids.

You have no idea how tempted I am to stop right there with this review/discussion.  I really don't need anything more!  But the book has more, lots more that you'd expect from 101 small pages.

First, what is Vorhaus doing with the grammatically offensive title?  Well, for one thing, he made you look, didn't he?  He doesn't talk about that, just about the way he's conveying a sense of whimsy that will attract the right kind of readers.  I thought about the way he makes a writer look at his book a second time, because what kind of guy would title a book on writing How to Write Good instead of How to Write Well?  But see?  Totally different book.  That one would be about spelling and punctuation.  This one is about getting words on paper, and recognizing that even though many (most) will be drivel, the only way to get to the ones that aren't drivel is to keep writing.  That, of course, ties back to my new motto, Procrastinate Later.  And I'm taking that advice, because I just finished the book this minute, and I'm pretty trashed after the longest bike ride since my foot surgery in January, but I decided that I should write this post while the book is fresh.  (Reaches over and slaps the book.  Don't get fresh with me!).

Okay, as you can see, whimsy works for me.  But there's more to the book than that.  For one thing, Vorhaus particularly gives the brand new writer (would-be writer) what she needs to get going.   I'm not that brand-new, but his understanding of the process is still helpful.  He includes exercises, some of which I'll try (I won't be writing a 10,000-word work to show myself I can, because I've already shown myself I can write 40,000-word kids' books and an 80,000-word mystery).  But I'll be thinking about pivots, and messing around with writing a "story" that's just a page of pivots.  That's helpful.  So are those three bits of advice highlighted on the last page:
Have a theme (know what you are writing and why)
Serve the work (as opposed to serving your ego, which is pretty much a dead-end street)
Keep giving them you until you is what they want.  I take this one to be a reminder that I am me, and no amount of faking it is going to make me J. K. Rowling or John Steinbeck.  And that I wouldn't want to be,  because me is pretty good anyway.

Thanks, John.  I needed that.
Posted by Rebecca M. Douglass at 6:00 AM