After more than two weeks of day-hike training and the shorter (but still rather stiff) Pine Creek backpack trip, we set off on the main event, a 4-night, many-lake loop near Mammoth, CA.

Day 1 was a 9-mile + hike up to Thousand Island Lake, along the High Trail, one of two trails that count as the Pacific Crest Trail north of Agnew Meadows.

It was a long day, but we made 1000 Island Lake with enough energy to find a nice, tucked-away campsite. It's a very popular area, so we weren't far from neighbors, but we had our privacy.

There was so much smoke that first night that we wondered if we should continue the trip, but as nothing could be done that night, we went to bed. It was much better in the morning.

Following our well-established pattern, T. and I got up at the crack of dawn and spent 30-60 minutes taking photos. I always gave up first and returned to camp to get breakfast started, at which point C. would get up, having dodged the coldest part of the day!

Day two was a short traverse over the ridge to Garnet Lake. Even taking our time in the morning and taking it easy on the way, we were there before lunch.

We had our moment of worry at Garnet, as we approached the lakeshore and found two large groups that had been horsepacked in spread through what looked at first like the only camp area. But knowing a lake that large would have more space, we went on to the next peninsula and camped in peace and solitude. Naps, reading, writing, and photography filled the hours to dark. 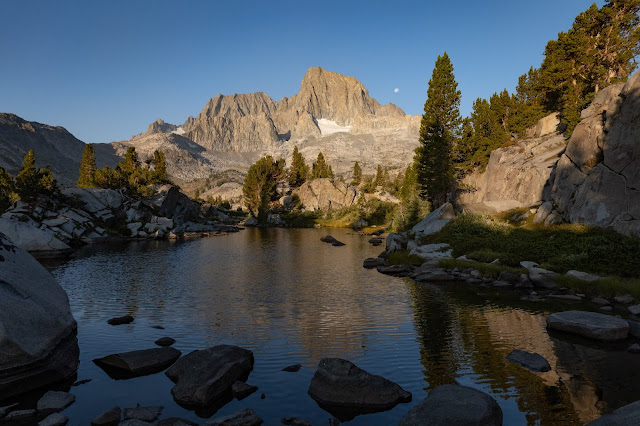 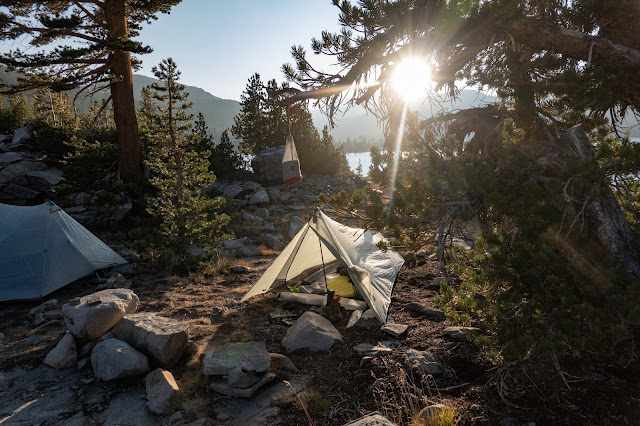 Day Three was a longer day, up and over to Shadow Creek, then up the creek to Ediza lake. We started early enough to beat the heat, which wasn't too bad anyway.

The backdrop for the lakes has now become the Minarets, rather than Banner and Ritter, though I believe we could still see Ritter off the north end of the lake basin. 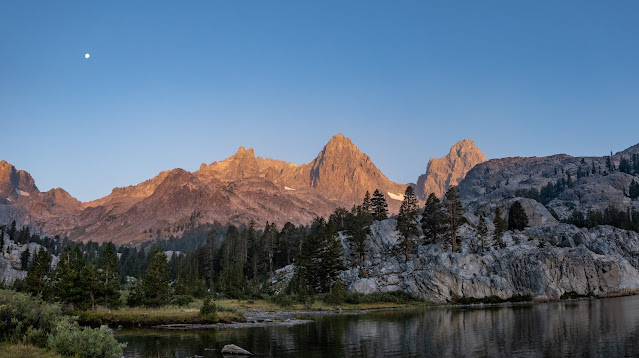 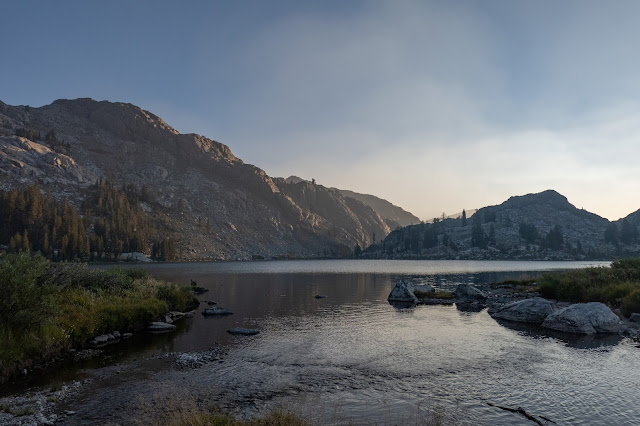 Day four saw the division of our party, as C hiked out on the trail to return to Mammoth, while T and I took a scrambley route past Iceberg and Cecile Lakes to Minaret Lake.

Minaret gave us our best sunrise, with perfect views, light, calm water for reflections, and of course the spectacular Minarets. 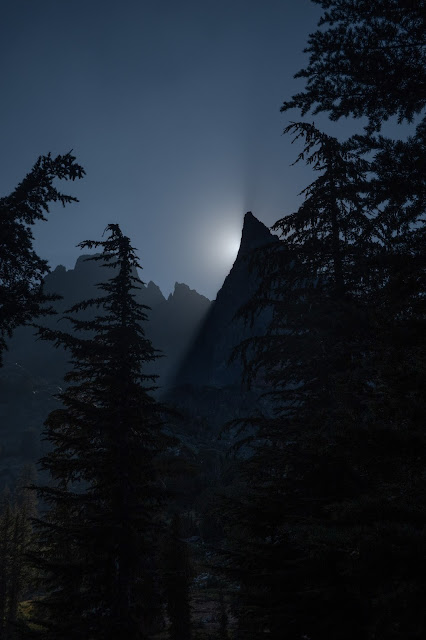 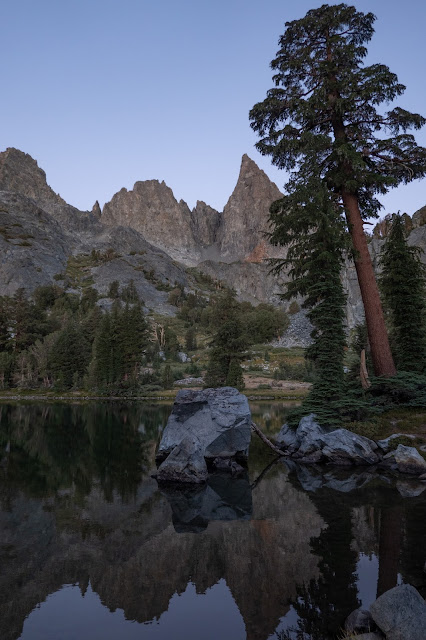 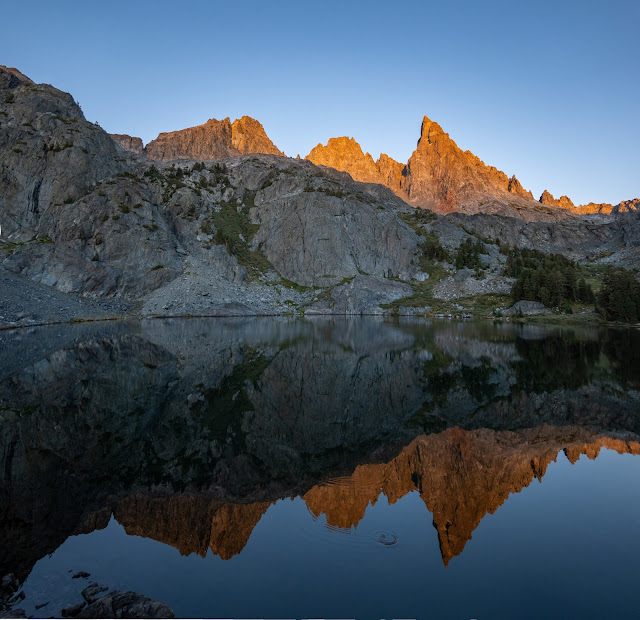 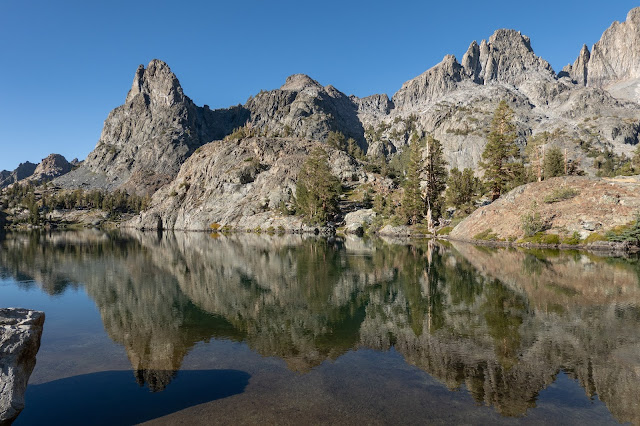 After that, the only thing left to do was to hike out... 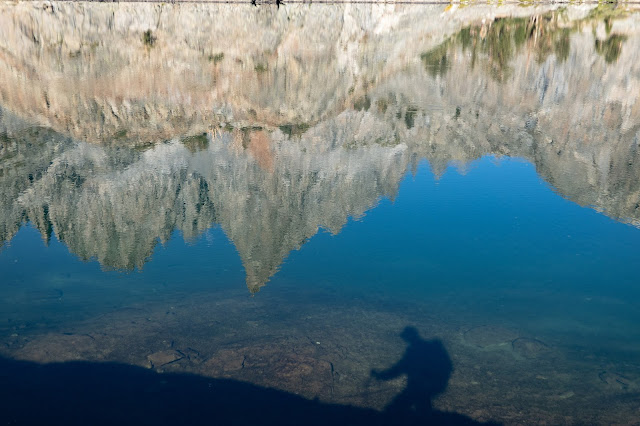 And enjoy a good meal in town! 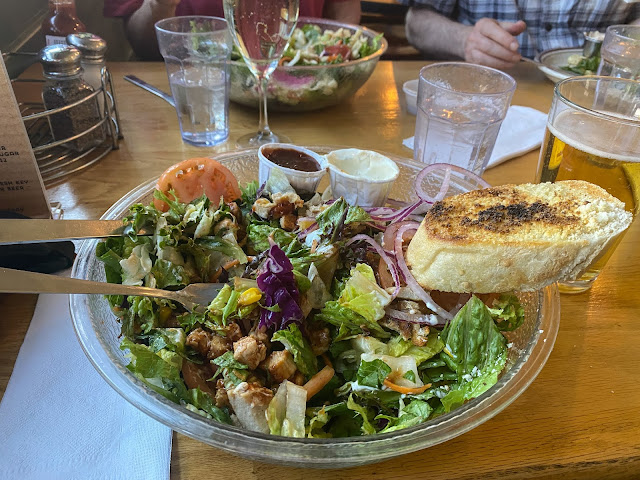