A year ago I was in Patagonia with my husband and brother-in-law. Part of our trip was a 10-day road trip through Argentina and Chile. I wrote about the early parts of that trip here and here. The center of the trip was Patagonia National Park of Chile, not so very far from the southern terminus of the Carretera Austral. Many of these photos are by Dave Dempsey.

The Parque Nacional Patagonia has at its core the Chacabuco Valley, until recently one of the region's largest sheep ranches. It was purchased in 2004 by Kris and Doug Tompkins, to be re-wilded, then turned into a park under the control of the Chilean government. Doug Tompkins didn't live to see his dream fulfilled, but did get things well under way. His widow eventually negotiated the creation of five Chilean national parks through the-profit conservancy that owned the lands.

The developed part of the park includes a beautiful stone Visitors Center, a very pricey lodge... and the very cheap walk-in campground, with shelters (handy, as those clouds produced rain). We spent two nights, so that we could do a very long hike.

As we started up the trail to the Lagunas Altas (High Lakes), we could see everywhere the impact both of the restoration of the landscape, and the careful thought Doug Tompkins put into everything from the campground and the lodge to the layout and construction of the trail. The resulting signage, for example, seemed very familiar to users of the US Parks.

The trail climbed in and out of the beech forests--very like those we'd experienced in New Zealand the year before--and despite the late-summer timing, there were some flowers as well as views.

After a nice stiff climb, we reached the high lakes, many of them in fantastic settings. 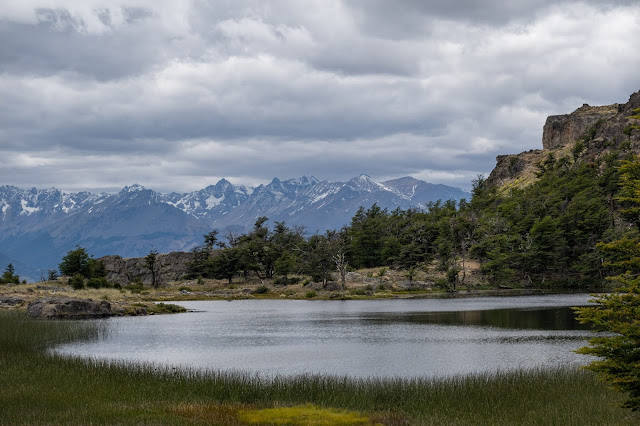 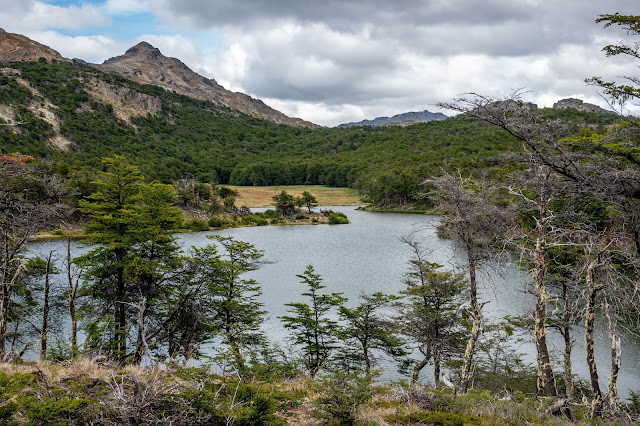 The lakes meant waterfowl. Dave was able to get several good photos of birds that are almost, but not quite, familiar.

It wasn't all about birds--we had several close encounters with guanacos, the wild camelids from which llamas were bred. 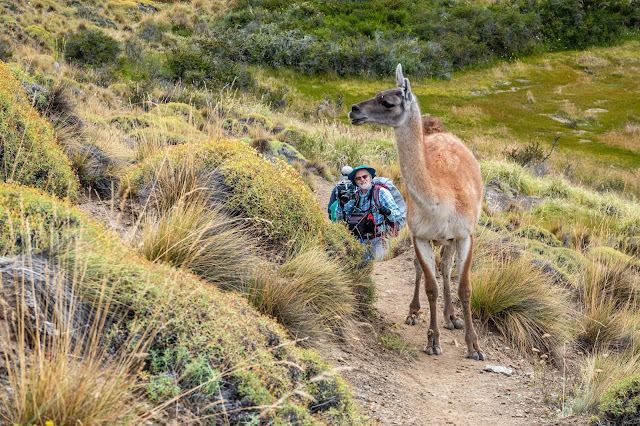 The guanacos were fairly habituated, or maybe they just aren't easily spooked, but a telephoto was involved here. I wouldn't want to get too close and find out what they do when annoyed.

We were footsore and happy to see our camp at the end of the day, but it was well worth the effort--to get there, and to hike all day.