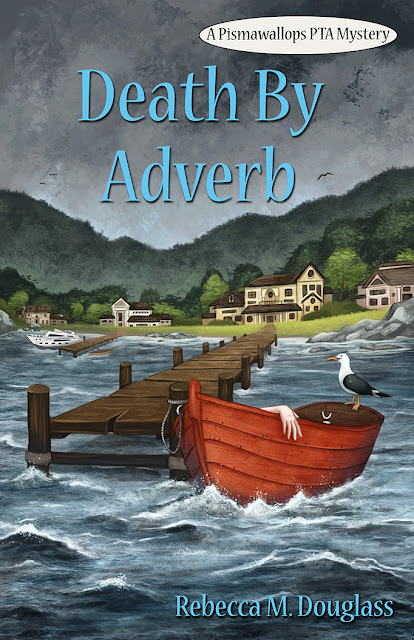 He murdered the language, but who murdered him?

JJ thinks her boss's vile prose and grammar are poisonous, but he's the one who turns up dead, and against all odds her summer gets worse. Now there’s a killer on the loose, JJ's on the suspect list, and she'd better make her peace with Ron before someone decides she's gone too far in the defense of good writing!

And just for a teaser, here's the opening...
“What the—hey, watch that thing!” I yelled as the man in white brought his saw toward my immobilized arm.

Nurse Chu patted my shoulder comfortingly, but she didn’t loosen her grip on the casted limb she held against the table.

“Don’t worry, Ms. MacGregor,” she said, “The doctor hardly ever slips and cuts off anyone’s arm.”
I swallowed hard, reminding myself that these were medical professionals. Despite appearances, they weren’t planning to torture me, cut off my arm, or damage me in any way. I was in the Pismawallops Clinic getting the cast off my broken arm at last, a happy event.

I cringed anyway as the saw started to cut the plaster. “Easy there,” I said, trying to sound like I was joking. “My insurance runs out in a couple of months, and I need to be healthy when that happens!” In fact, I was doing plenty of worrying about insurance. Once my coverage under my ex-husband’s policy ran out, I was going to be scrambling to make payments on even the cheapest insurance. It was worth it, to be free of the man I thought of as pond scum, but I still worried. I fixed my gaze on the educational poster on the wall in front of me, and resolutely ignored the whining saw.

Dr. Salisbury finished cutting the cast loose and peeled the remains away. I stopped staring at the poster enjoining me to wash my hands and avoid the flu, and looked at the thing lying on the table.
The exposed arm looked white and dead, and I wasn’t sure it was attached to me.


To find out what happens when JJ walks out of the clinic, get your copy of the book today! If you're like me and you like to start at the beginning, the Pismawallops PTA mysteries 1 & 2 are just 99 cents through April! 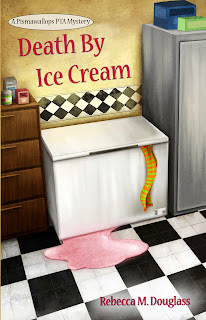 What do you serve when all you have in the freezer is an ice cold corpse? 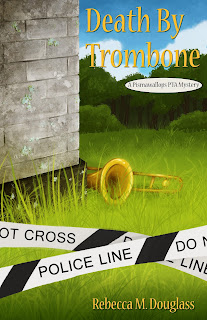 No sleep, no coffee, and a teen-aged son. All JJ’s day needs is a corpse behind the gym.