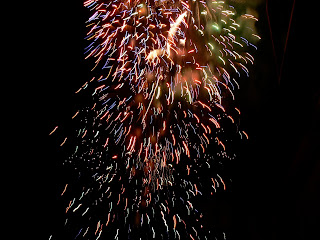 First, a summary of my reading challenges for the year. I was only doing two that I can track easily. For the Goodreads Challenge for total books read, I've been beating my prediction for several years, so keep upping it. I think I found the limit. I managed to hit 162 of my 160-book target (finished one last book at 10 p.m. New Year's Eve!), but it felt forced. I'll scale back for next year, as I didn't care for the fake pressure the goal created, and want to read because I feel like it. The second challenge was the GMGR A to Z Challenge. I hit all but 8 letters, and that was without making any special effort. This year, I think I'll make an effort, since part of the point is to read books I might not otherwise.

Since I already did a 2017 summary in my December IWSG post, I'll celebrate the New Year by looking forward. There are some things I know will happen, some I expect, and a whole lot of not being sure exactly what will occur, including some things I'm going to plan on doing. But I'm not making resolutions. I'm making plans.

I know that I will be releasing the third book in the Pismawallops PTA mystery series, probably in early February. Look for a cover reveal in the next couple of weeks, along with a firm release date.

I expect to draft a new novel, though I'm still debating which idea to follow up for that. And I plan to (finally!) return to Gorg the Troll and see what kind of mess I made for him during NaNo 2016.

I am also planning to write and submit more short stories. There are a couple of reasons for that. One is that I think it's a good way to increase my visibility as a writer. But it's also because some big life changes coming up make make it tough to manage long-form fiction for a while.

So what are the changes? Well, the spouse is retiring May 31, 2018. I will shed my own responsibilities in the weeks following that, so that we can spend the summer hiking and working on our house. And we are planning to spend most of the next year traveling, in the US and abroad, though plans are not yet set in concrete. It is my intention to keep writing--but I'm also very aware of how hard it is to do much writing when traveling, so I'm trying to keep my expectations in check. As the spring moves along, I will decide on some specific goals, in hopes that having a concrete plan will enable me to keep writing.

2017 was the year of the Empty Nest (our younger son started college in September). 2018 will be the year of upending the nest and shaking everything out. Should be interesting--but you may see something less of me here!