Middle Grade Monday: The Island of Beyond

This is a book I picked up because my Maine friend mentioned it (see last week's photos). I think the author's a friend of a friend or some such. Close enough to make me pick it up (especially since we just visited a lake in Maine) and far enough not to affect my review in the least :) 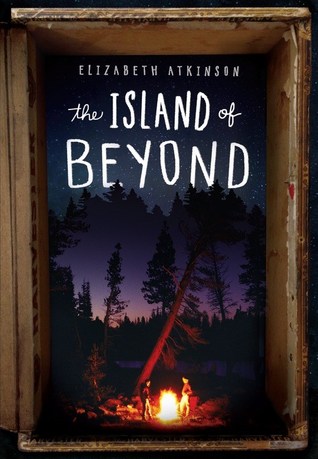 Publisher's Summary:
Eleven-year-old Martin can hardly imagine a worse summer. His dad is sending him to his great-aunt Lenore, who lives on a tiny island called Beyond. Martin's dad wants him to like "normal" boy things--playing sports and exploring the outdoors. Martin's afraid he'll never be the son his dad wants him to be. Being stuck in the middle of nowhere won't change that.

But nothing about Beyond is what Martin expects. Not peculiar Aunt Lenore, not mysterious Uncle Nedâ-and certainly not the strange, local boy who unexpectedly befriends Martin. Solo can canoe and climb trees and survive on his own in the wilderness, and Martin's drawn to him in a way he doesn't quite understand. But he's not sure he can trust Solo. In fact, can he trust anything about this strange island, where everyone seems to be keeping secrets?

My Review:
A lovely story, with twists and undercurrents, some of which are left to the reader to sort out as he or she pleases. In some ways, this reminds me of Fireflies (reviewed in April), but with more depth, and a beautifully drawn setting.

Martin isn't a character that I felt at first I could relate to. He's a total city kid, hooked on his video games and scared of everything outdoors (kind of the opposite of me). But I soon found him to be a real human, with real problems about not fitting in, feeling like he can't measure up to expectations, and so on. And he finds out that what he needs is what he finds on the Island: people who just accept him for who he is. In fact, it might be a little too simplistic in that sense--but it doesn't feel like it. It feels real, as he blunders his way through new experiences.

There are issues with Martin and his father that they are going to have to sort out some day. Maybe there are more books coming, but I almost hope not. We can imagine the battles they will have over the coming months and years, and don't need to see them :)  And there is just a hint about Martin's sexuality, though nothing is ever made explicit, and he is much more concerned with learning to have a friend for the first time in his life.

Recommendation:
This is suitable for kids from about 8 up. Adult issues are well filtered through a child's eyes, and aren't the focus anyway. Yet the book feels like it has enough depth to keep the interest of older children and adults.

FTC Disclosure: I checked The Island of Beyond out of my library, and received nothing from the writer or publisher in exchange for my honest review.  The opinions expressed are my own and those of no one else.  I am disclosing this in accordance with the Federal Trade Commission's 16 CFR, Part 255: "Guides Concerning the Use of Endorsements and Testimonials in Advertising."

Summer reading sale--The Ninja Librarian and Return to Skunk Corners--just 99 cents!
And yes, work is underway, slowly, on Book 3, The Problem of Peggy