Middle Grade Review: The Secret of the Sacred Scarab 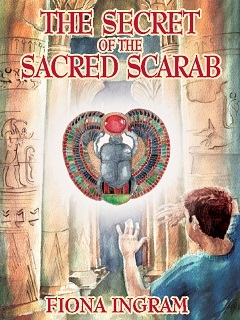 This fast-paced adventure is by one of my fellow BookElves.
Publisher's Summary:
A thrilling adventure for two young boys, whose fun trip to Egypt turns into a dangerously exciting quest to uncover an ancient and mysterious secret. A 5000-year-old mystery comes to life when a scruffy peddler gives Adam and Justin Sinclair an old Egyptian scarab on their very first day in Egypt. Justin and Adam embark upon the adventure of a lifetime, taking them down the Nile and across the harsh desert in their search for the legendary tomb of the Scarab King, an ancient Egyptian ruler. With just their wits, courage, and each other, the boys manage to survive … only to find that the end of one journey is the beginning of another!