Book Review: The Wind is Not A River 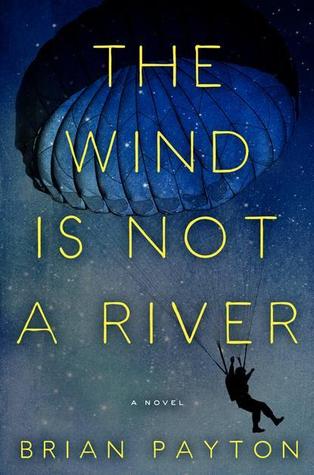 Title: The Wind is Not a River
Author: Brian Payton
Publisher: Harper Colllins, 2014, 305 pages
Source: I won and uncorrected proof of this book in a Goodreads.com giveaway
My apologies to Mr. Payton and his publisher for taking so long to get to this review!  I know that there is no requirement to review (let alone in a timely fashion) when one wins a giveaway, but I prefer to be a bit more on top of things.  As an author myself, I know how much these reviews can mean.

Summary:
John Easley is a journalist.  In 1943, after the death of his younger brother over Normandy, he follows a nearly obsessive desire to learn what is happening in the Aleutian Islands and leaves his wife in Seattle.  He fakes his way onto a flight over Attu--and is shot down.  What he endures to get home, and what his wife does to try to find him, make up the story, but it is also the story of the natives and the soldiers in that forgotten part of the war.  In a way, this book is the story John Easley was hoping to tell.


Review:
In general, I was very favorably impressed by this book.  I'm a fan of WWII literature, fiction and fact, and that was why I entered the Giveaway.  The book wasn't quite what I expected, but it did not disappoint.  The story was gripping, and once I got started I sped through the book, unwilling to put it down.  This is not a shiny-eyed tale of heroics and super-human feats.  Easley is a civilian, unprepared physically or mentally for what happens to him, and if he is not always heroic, he nonetheless holds on for an amazingly long time, even as he starves, freezes, and hallucinates his way through some six or eight weeks of hiding from the Japanese.

His wife, Helen, also finds she can do more than she imagines.  I liked her depiction as both sheltered and amazingly strong, pulling herself far beyond her comfort zone to try to find the husband who walked out after a fight and didn't return. That hiccup in their happy marriage becomes huge in light of what follows, and Payton uses it in a way that felt very real to me.  She is both smart and naive, and the combination takes her a long way.

My main issue with the book was stylistic (and thus totally a matter of personal taste): the author chose to write in the present tense, which never feels quite natural to me.  On the other hand, it gave the narrative both a sort of immediacy and an almost dream-like quality at times.  The ending was more realistic than completely satisfying, but again, I don't fault the book or the author for this.  Some part of me wants a fairy-tale ending, but it wouldn't be right for this book.

I was given an unedited proof copy, so I will assume that the few typos and errors I spotted will have been corrected before publication.  In most respects, the editing and quality were excellent.

Recommendation:
For those who like realistic historical fiction and fans of WWII literature.  Not so much for those looking for romance in either sense of the word, though this is definitely a love story as well as an adventure. It just isn't a starry-eyed version of either.

Full Disclosure: I won The Wind is Not a River in a Goodreads giveaway, with no expectations on the part of the Author or publisher other than a hope for my honest review, which I have given.  The opinions expressed are my own and those of no one else.  I am disclosing this in accordance with the Federal Trade Commission's 16 CFR, Part 255: "Guides Concerning the Use of Endorsements and Testimonials in Advertising."
Posted by Rebecca M. Douglass at 12:30 AM

Email ThisBlogThis!Share to TwitterShare to FacebookShare to Pinterest
Labels: Aleutian Islands, book review, Brian Payton, The Wind is Not a River, WW II