I wrote the first 200 words of this story for the 200 word challenge back in November.  But even though the story got carried on and finished, I kept wanting to write the story I'd had in my mind when I started.  So here it is.  It's a little long, at 1169 words, but I couldn't cut any more.


Things never work out according to plan when there are cats involved.  I knew that, and I should have known better than to take the job.  But Keelan made it all sound so easy: we just had to pick up the consignment from Alpha-Centauri 4 and take them to Exilion 17.  Four days, max, and two of them in hyperspace.

Keelan and I exchanged looks, but neither of us dared to say anything.  I’d made the mistake, but he’d uttered the fatal words, “what could go wrong?”  Maybe just to keep himself from making any comments about my work, Keelan took himself off to look into the cargo bay.  He came back at top speed.

Author's note: I must state that I love cats.  I am also as allergic as the narrator of the story, and will never take cats on board my space craft.  But I don't think they are bad luck nor are they a curse on a ship. 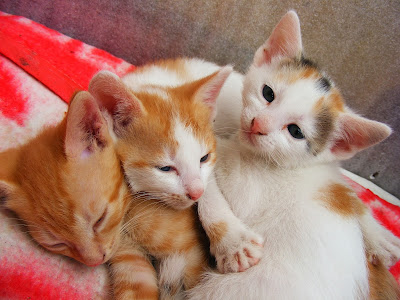 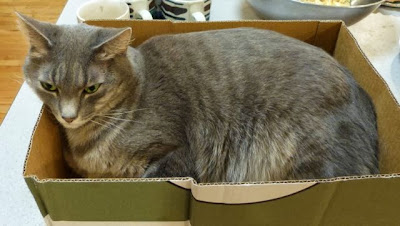