This week's challenge: roll the RNG and combine two elements into the title of your story.  Challenge courtesy Chuck Wendig, as usual.  I rolled. . .

I hate this horse and cart.  I, who once was driven about by liveried footmen in gilded carriages, now drove myself behind an antique mare in a cart that was held together only by will, good luck, and the termites holding hands.  I pulled my shawl over my head and wrapped it across my face when I turned onto the road.  It hides my face, not that it matters.  No one but me knows my shame.  But the evening is bitterly cold.

I want to be home—home!  The farm is no home to me, though all the home I have!—but Sadie plods on at her only pace, no matter how often I shake the reins and call for her to “git up!”

Behind me in the ancient wagon lies the detritus left from a load of turnips, carted to the market and sold, excruciatingly, for a penny a pair.  I carry my day’s earnings—less payment for a market stall and a bit of hay for Sadie—knotted in the bottom of my pocket.  I admit I also spent two pennies on hot buns for my supper.  I’ll get nothing when I return to the farm, save a licking for being late.

Sadie, and the cart she pulls, are a constant reminder of who I am now.  That is the reason I am given this conveyance by my captors.  They mean it as a sort of horse-drawn shame, something to keep me in my place lest I realize who I really am.  But I have always known that I am a princess of the royal blood.

Yes, a princess.  Royal, in any case.  That is the story I cling to, because I know I was never born to be a drudge on a turnip farm. I know so little else.  Only that I no more belong to the pair at the farm than to the man in the moon.  They have made that clear, as though I’d ever want to imagine them my parents!  No, I am glad I’m a foundling, left on their steps at age three, rather than someone born into such an existence with such people!

Yet I have no memory of who I was, or how I came here.  But I have worked it out, over the years, from the clues not destroyed by the passage of time.  There is my name, for one thing.  They call me Katy, but when I came I told them my name was Katherine Georgianna, though I didn’t know my surname.  Indeed, I once heard the Woman say that I had insisted I had none, and needed none.  They thought I was a stupid child, but I know that is the first clue.  Royalty need no surnames.

When I ask Them what else I said, because a child of three can say a great deal if one only listens, they claim all I uttered was gibberish and nonsense.  No doubt They failed to listen, or disbelieved my talk of palace and servants.  Or perhaps—I really don’t know—I spoke another language, and am a princess of some other nation, brought here who knows how.

My own early memories are limited to a single image of myself, surrounded by a sea of black-trousered legs, and filled with a sense of fear and desolation.  But I know what happened.  Separated from whoever was guarding me, I was snatched from the palace and brought to Grimdale Farm, about the worst place you could find to dump a child.  And there the evil miscreants left me on the doorstep, wrapped in a filthy blanket.

The blanket long ago perished.  But I have seen the dress I wore that long-ago night, and it confirms I was no common child.  I suppose that is why They have saved it, from some thought of proving someday who I am, and claiming a great reward for “keeping me safe” all these years.  Or of extorting a great ransom for my return.

Of course, every foundling believes she is of Royal blood.  You must, to survive.  But I have more than my belief.  I have the tattoo, my final proof.  I suppose She must have seen it, for surely She bathed and dressed me those first days, when I was scarcely more than a baby.  But, of course, She could do nothing about it, even if She understood its importance.  The tattoo cannot be scrubbed off.  By now, perhaps They have forgotten about it, for the mark lies privately on the inside of my thigh.

Oh, I know the importance of that mark, if not its exact meaning.  Yet never have I heard any rumor of a missing princess.  How far from my home am I?  Or was it all so long ago that no one thinks now to speak of it, here in this dark corner of the country where few speak of aught but the next meal or the poor harvest?

But now, at last, I have a way to escape. They say I am nearly grown, and send me to market alone—and beat me if I’m late, or don’t bring enough money, or for any of a dozen other reasons or for no reason at all.  I bide my time.  For They do not know that the price of turnips has gone up.  And while I will turn over my knotted pocket full of pennies, They will know nothing of the larger coins carefully layered in my ragged stocking.

After just one more market day I will have enough!  Then I will take that tiny dress, and Sadie and I will turn west, toward freedom—and my true home.  Then Sadie and the wagon will not be my shame, but my triumph, and I shall once again be the Princess Katherine Georgianna, and never again Katy the drudge.

Such were the thoughts that warmed me that bitter November night as I drove my horse-drawn shame through the darkness to the place that could never be home. 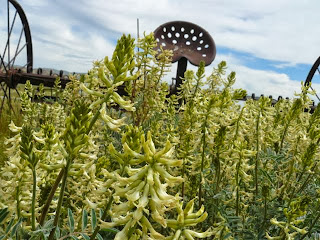