Oops! Missed my posting time again! Well, I can only promise... that it will get worse :D 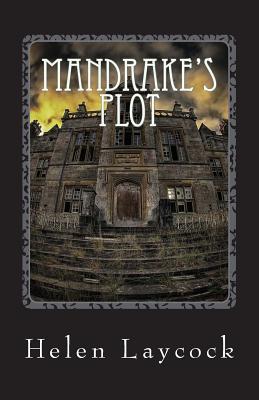 Publisher’s Blurb:
Evie and Mia meet on a train on their way to St. Agatha's Boarding School for Young Ladies. Dropped at a deserted station, with no one to meet them, they trek through the pelting rain and darkness for miles until they find a sign to St. Agatha's which points to an unlikely overgrown track leading up a mountain path.

A foreboding place, St. Agatha's School is surrounded by a sea of mist, and overlooks a loch. Coming face to face with the grotesque caretaker, Mandrake, is not the only thing to unsettle them.

What is the significance of the strange rings worn by Miss Blackthorn, the head teacher - and why does everyone behave so oddly?

The girls stumble across a forgotten burial chamber. Inside, lies the crumbling skeleton of Sister Beatrice, clutching a note which tells of a curse. Locked in the chamber as a punishment, the friends discover an old book within which is the antidote to the curse... but it is hidden in code.

The story is a quick and easy read, with a fairly simple straight-line plot that made me feel it was good for kids at the younger end of the middle grades. The girls run into all sorts of problems, but they are fairly easily resolved, and moments of scary peril pass quickly with no harm done. As a result, I felt a little unsatisfied with what was otherwise a fun atmospheric story. There were many characters (and the whole school) that I would have liked to see developed more. It's hard for me to know if the book needs to be more fleshed out, or if I was expecting too much from a story for younger readers than what I usually read.

In contrast to most of the book's simple and non-threatening story line, there was a sub-plot regarding the death of one girl's parents (and I can't remember which, because I had trouble telling the two apart and keeping straight which was which) that I found both disturbing and inadequately justified. That is the only part that would make me hesitate about giving this to a child of 8 or younger.
My Recommendation:
This might be a good Halloween read for a younger child who is not quite up for the truly scary, but can enjoy an evocative landscape. The setting and plot were interesting enough to make me want to take a look at other of the writer's books, as she has set them in various parts of the UK and clearly works hard to make the setting part of the story.

Full Disclosure: I picked up a copy of Mandrake's Plot during a free promotion, and received nothing further from the author or the publisher in exchange for my honest review. The opinions expressed are my own and those of no one else. I am disclosing this in accordance with the Federal Trade Commission's 16 CFR, Part 255: "Guides Concerning the Use of Endorsements and Testimonials in Advertising."
Posted by Rebecca M. Douglass at 7:44 AM