Audio-book Review: Anne of the Island, by L.M. Montgomery 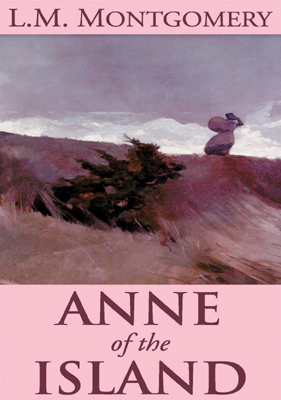 Publisher's Summary:New adventures lie ahead as Anne Shirley packs her bags, waves good-bye to childhood, and heads for Redmond College. With old friend Prissy Grant waiting in the bustling city of Kingsport and frivolous new pal Philippa Gordon at her side, Anne tucks her memories of rural Avonlea away and discovers life on her own terms, filled with surprises...including a marriage proposal from the worst fellow imaginable, the sale of her very first story, and a tragedy that teaches her a painful lesson. But tears turn to laughter when Anne and her friends move into an old cottage and an ornery black cat steals her heart. Little does Anne know that handsome Gilbert Blythe wants to win her heart, too. Suddenly Anne must decide if she's ready for love...  [Goodreads summary]

My Review:
Since this isn't exactly a new book, or unknown, I mostly just wanted to review the audio-book aspects. Though the story might deserve a few comments.

Anne is a creature of her time. She's a bit progressive, really, for rural Canada in 1915, as she goes off to get a college education. She excels at that, as we would expect, and beats out the boys, which we also expect. But she and her friends are also much absorbed with issues of men and marriage, which is predictable I suppose. I find myself less interested in Anne's convoluted path to the inevitable than in the unexpected paths of some of her friends, but that's just me listening to a book I've read many times.

As regards the audio book, I think maybe it's not such a good idea to listen to a book you know and love well (but there are some where I think I love the audio more than the print, so who knows?). Ms. O'Malley does a fine job of reading, for the most part, though her inflections and pronunciations don't always sit right with me (every now and then she seems to stumble a bit over lines that only make sense if the emphasis is put just right). But the biggest problem I have might be no problem at all to another reader: I just don't "hear" Anne, or most of the other characters, with the sort of voice used by the reader. It's only at times like this that I remember that and audio book is a re-telling, just as a movie is (though much less changed, of course). No one can ever read a book in a way that matches the way every reader "hears" it in her head.

My Recommendation:
Despite my complaints, I think the Anne books are great for listening to, and would be good for sharing with a daughter. They aren't really written for small children, but there is nothing objectionable in them, and might improve a commute with a child over about age 9. Incidentally, I think that the summary above, taken from Goodreads, is pretty awful.

FTC Disclosure: I checked Anne of the Island out of my on-line library, and received nothing from the writer or publisher for my honest review.  The opinions expressed are my own and those of no one else.  I am disclosing this in accordance with the Federal Trade Commission's 16 CFR, Part 255: "Guides Concerning the Use of Endorsements and Testimonials in Advertising."
Posted by Rebecca M. Douglass at 12:00 AM