Warning, arachnophobes! This story is about fighting spiders!

Last Tuesday, in a post about finishing your work, Chuck Wendig wrote "Writing is a journey. Driving is a journey. Sometimes driving means taking the exit — get off the highway, and find the backroads. Drive down the backroads, you might see some unexpected sights. You might see a weird little restaurant, or a pretty bridge, or some guy riding an elk hunting giant spiders with a flaming crossbow." He then went on urge someone to write that story about the guy riding the elk. Well, Chuck, you were wrong on one point--that rider's no guy. But for the rest...here's your story. 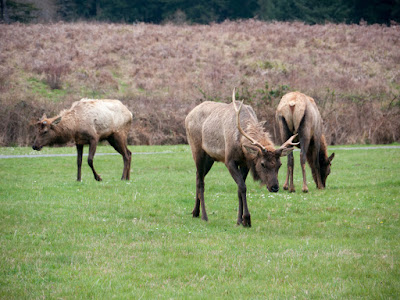