I've been rummaging in past writing challenges for a starter for this week's flash, and I came up with a random title selection that looked good to me. Since Chuck is doing a 4-week round-robin challenge, and I didn't feel like participating, I'll be coming up with my own stories for a while.

The Gods' Own Keeper

Osbert Godskeeper scurried across the Great Hall of Chaotica. Orgo and Hempto were fighting again, and Osbert had no desire to get caught between those two. Neither had learned the control proper to a god, and Orgo tended to leak lightning when he got mad. Hempto was worse. He smoked. Not his pipe, which was bad enough--the herb of choice for the gods stunk, as far as Osbert was concerned. But when Hempto was upset, smoke came out of every orifice. It stunk even worse than his pipe, or Chacto the Great's cigars, and it burned. Hempto was a fire god, and nothing but trouble.

When he had reached the far end of the hall and the safety of his office, Osbert’s manner changed. No longer a frightened, scurrying figure, he stood erect and took firm hold of his microphone, scowling fiercely at the battling behemoths.

"Orgo and Hempto! You two will stop that NOW!" His amplified voice boomed across the hall, and the battling gods screeched to an abrupt halt, abashed. “Now, clean up the mess you made, then go to your rooms and behave yourselves,” Osbert continued, and watched, arms crossed, until the blushing gods started to right the overturned furniture, and put out the fires Orgo’s lightning had caused. Someone opened a window high on the wall—one of the bird gods, Osbert thought—and let the smoke out until the air cleared enough to see across the hall.

His job done for the moment, Osbert slumped back onto his desk chair, waving away a mosquito that buzzed by his ear. There were insects all over Chaotica, there being so many kinds of them on earth. They drove him mad, as if the larger and more boisterous gods weren’t doing a good enough job of that. Every kind of being on earth had to have its own god here in Chaotica, plus all the extras like Orgo and Hempto. The humans added to the chaos by inventing gods by the dozen, one for every neighborhood, Osbert sometimes thought. Chacto was one of those, god of some little island where they grew a lot of tobacco.

Keeping this menagerie of gods in order was tough. He hadn’t understood when the Church of Eternal Peace had made him their head priest and told him he was the one who would manage the gods, that they had meant it literally. For the last century, he’d been stuck here in Chaotica, breaking up fights between gods, keeping the predator gods from eating the prey gods, and always sleeping with a fire extinguisher and a bucket of water by his cot, because Orgo had far too little self-control for a lightning god.

When Osbert opened his eyes again, he saw the divine prototype of the gastropods had left a thick slime trail across the great hall. Sna the god of slugs and snails lacked a great deal more than self-control, though he lacked that, too. Like the creatures who worshiped him, he was just a slimy blob, and shed that slime wherever he went, like some kind of drooling infant. By now he was, as usual, somewhere halfway up the far wall. The raccoon god stood below him, a shaker of chocolate sprinkles in paw. Where did the gods get this stuff, anyway? Osbert had a feeling that if he ever got time to return to his kitchen, he’d find he was missing his chocolate sprinkles.

Osbert groaned and levered himself to his feet. Back at his microphone, he commanded the masked god to back off.

“But slugs are good if you roll them in the dirt to cover the slime,” Forbol protested. “I thought they’d be even better if you rolled them in chocolate sprinkles!”

“You will have to find a mortal slug to test that on. Leave Sna alone. And Sna, you will have to clean the floor, because I am NOT going to do it again! Oh, drat it!” Osbert spotted the great cat goddess Fluffy. She had the mouse god Squeak in her mouth again. “Fluffy! Put him down! Now!” The gods’ keeper let his head fall into both of his hands. It was going to be one of those days. The gods were worse than a class of kindergarteners.

A lot worse, and he lacked the managerial skills of Miss Cornflower, the woman who had molded Osbert and his classmates into a group of rational beings capable of learning at least a little bit. The gods refused to learn manners or common sense.

What would happen if he just let them fight it out? What happened to a god if another god ate it? They were immortal, right? So they’d just come right back, right? But how did that work when a god had been masticated by another and passed through the digestive tract? Osbert moaned again. His head hurt. A lot.

Maybe if a god died, nothing would happen. After all, most people got on just fine with no gods, or no gods that they took seriously. And with all the new gods the humans had been producing, Chaotica was getting crowded.

That mosquito was back, buzzing around Osbert’s ear. This time, he slapped at the creature, not thinking. The buzzing stopped.

Osbert looked at his hand, and froze. The mosquito god was a little smear on his palm, and it didn’t seem to be popping back to life.

In a few minutes, the prayers of praise and thanksgiving began to roll in. The mosquitoes that had plagued so many parts of the earth with everything from annoyance to deadly diseases had vanished.

Now Osbert knew what would happen if a god died. And he began to look about the great hall of Chaotica, a thoughtful look on his face.

The Gods’ own Keeper finally understood what power he had been given. And he never had liked rodents… 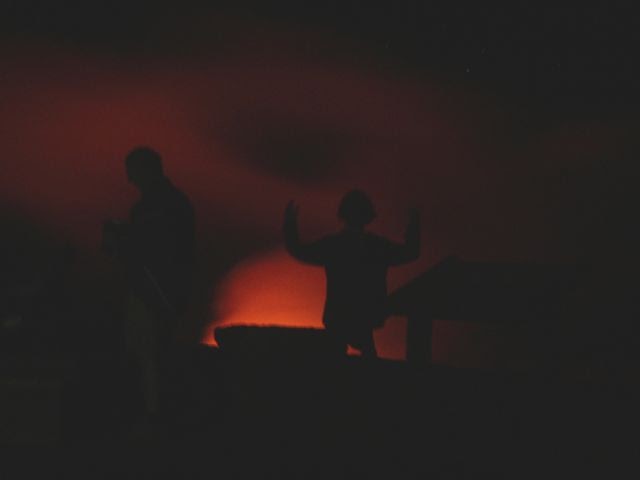