School's starting up again, and we moms are back to the old PTA work, with all the frustrations and fun that entails. Just to keep everyone smiling, and to remind us that things could always be worst, I'm offering a special deal on the first Pismawallops PTA mystery!

From August 30 to Sept. 10 you can get  Death By Ice Cream for just $2.99 at the Kindle store. And watch this space for a coupon to get the same price from Smashwords, because I firmly believe in supporting other platforms. 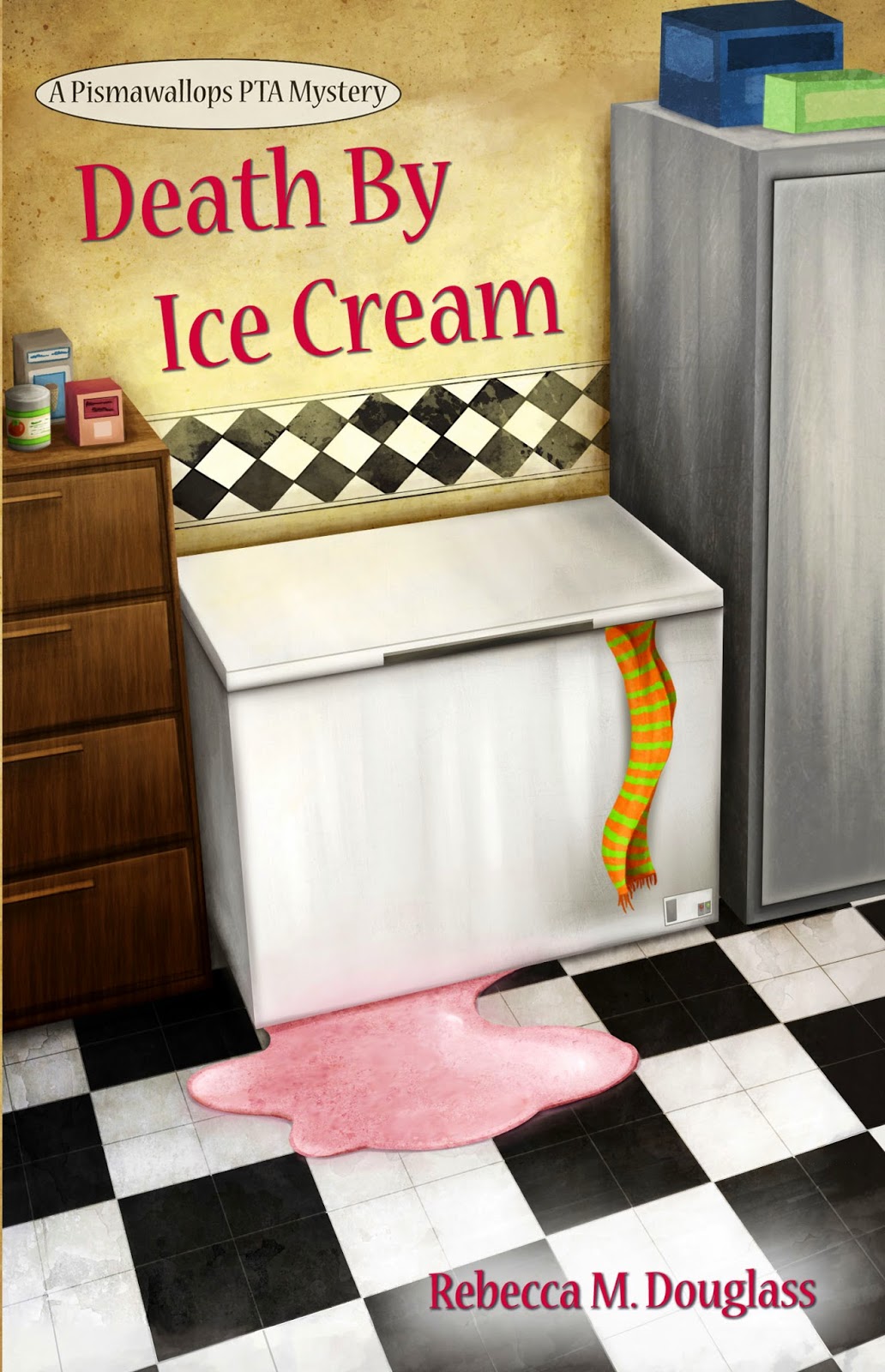 JJ MacGregor likes the peaceful life on Pismawallops Island, volunteering with the PTA at her son’s high school and enthusiastically boosting Brian’s Cross-Country and Track teams.  She doesn’t even mind that her long-distance marriage hasn’t got much life.  But she does mind that Island newcomer Letitia LeMoine is disrupting everything.  And maybe she loses her temper a little about it.  But when JJ shouts that Kitty Padgett, PTA President and her best friend needs to “do something” about the pushy outsider, she only means she needs to have a talk with her.

When LeMoine shows up dead where there should have been thirty boxes of ice cream for the Friday afternoon fundraiser, JJ starts to worry.  Will Pismawallops Police Chief Ron Karlson think someone took her advice too seriously?  Or even that JJ herself took direct measures?  JJ can’t help herself—she starts nosing around after some answers.  Besides, anything beats thinking too much about the other disaster that has overcome her: her husband has apparently tired of living 2000 miles apart and has filed for divorce—and wants to claim their son.

Just to complicate JJ’s life, Brian is in the throes of first love—with Kitty’s 9th-grade daughter.  Everyone but the kids thinks they are too young, and Brian isn’t pleased with limits on their relationship.  Nor is he happy about the divorce, especially as it is showing him the Dad he thought he had is something a bit different.  Worse, love must be in the air, because JJ finds herself more and more attracted to Ron Karlson, and the feeling is pretty clearly mutual.  But she can’t do anything that might interfere with the custody battle brewing, and must continue to keep love at bay.

Kitty does her best to distract JJ from both murder and domestic crises, as they realize that there was something the dead woman failed to leave behind her: any sign that she had begun work on the Yearbook, a project she’d insisted on taking over.  There is only one week to the deadline, and Kitty wants JJ to concentrate on that.  JJ is game, but not giving up her sleuthing.

Fueled by strong coffee and espresso brownies, JJ and Kitty attack the giant Yearbook project, and keep looking for the killer at the same time.  JJ raises more questions than she answers, and makes a lot of people annoyed, but someone thinks she’s a threat, because attempts are made both to frame her and to kill her.

In the end, the detested Yearbook project provides the key to both the murder and a grotesque abuse of power, and JJ puts almost everything together.  The gaps in her vision of the crime nearly cost her everything, but Kitty and Brian keep a pair of level heads and ride to the rescue in the nick of time.

Pick up your copy during my special back-to-school sale starting Saturday!

Posted by Rebecca M. Douglass at 9:55 AM