Last weekend we did a little excursion to Año Nuevo State Park to see what the Elephant Seals were up to. Turns out it's "juvenile haul-out" season, and there were a lot of youngsters on the beaches. It was also just a kind of cool day for a hike. The fog was sitting right on the coastline, so that we walked in and out of the sun and fog. Not much of a story here, but some photos.

Looking back through the fringes of mist. 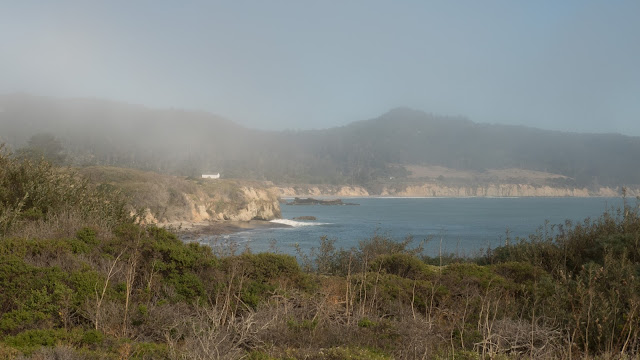 We passed a really pretty pond on our way to the beach. 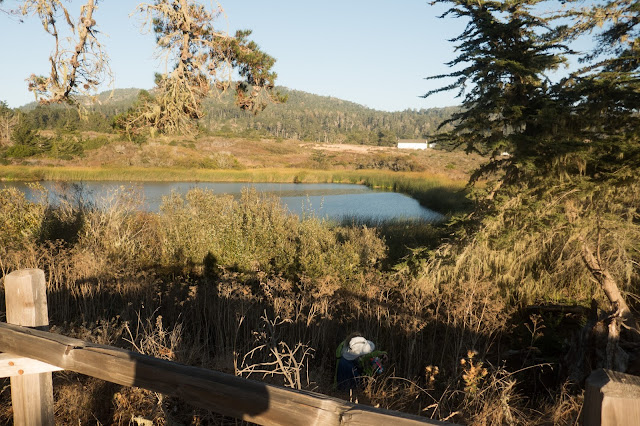 Pelicans were almost as numerous as elephant seals. The birds and the marine mammals ignored each other, occupying neighboring spaces but not competing. 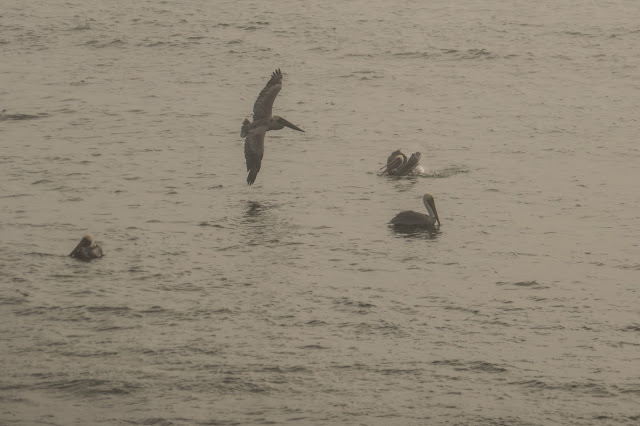 After a walk of about 1 1/2 miles, we reached North Point, where the seals congregated on the beach.
For the safety of all concerned--even a yearling elephant seal outweighs an adult human by a fair margin--you can't get very close. My telephoto made up some of the difference. These guys (and they are mostly guys) come in a wide range of sizes. The males take about 7 or 8 years to mature, and get very, very large. Females are sexually mature after 1-2 years, so you don't see many of them here in the "teen zone." They are much smaller than males at maturity, but still bigger than you and me. Combined. 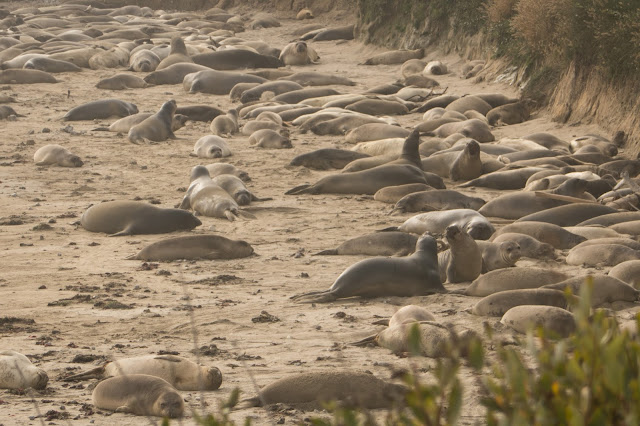 We visited during the mating season in 2014, so I thought I'd throw in a couple of shots to show both how big the males get and the noses that give them their name.