Publisher's Synopsis:
The author of A Gilded Grave returns to Newport, Rhode Island, at the close of the nineteenth century, where headstrong heiress Deanna Randolph must solve another murder among the social elite.

With her mother in Europe, Deanna is staying with the Ballard family, who agree to chaperone her through the summer season and guide her toward an advantageous marriage proposal—or so her mother hopes. Relishing her new freedom, Deanna is more interested in buying one of the fashionable new bathing costumes, joining a ladies’ bicycling club, and befriending an actress named Amabelle Deeks, all of which would scandalize her mother.

Far more scandalous is the discovery of a young man bludgeoned to death on the conservatory floor at Bonheur, the Ballards’ sumptuous “cottage.” Deanna recognizes him as an actor who performed at the birthday fete for a prominent judge the night before. But why was he at Bonheur? And where is Amabelle?

Concerned her new friend may be in danger—or worse—Deanna enlists the help of her intrepid maid, Elspeth, and her former beau, Joe Ballard, to find Amabelle before the villain of this drama demands an encore.
My Review:
This was a good read, with an intriguing setting and a mystery that took a little unraveling. The characters are complex and interesting, and I cared how they came out. Naturally, I did have some criticisms. At times, Deanna's indignation over the injustices she's just learning about gets too thick (or too often repeated), but I'm glad she's a thinking girl. A bigger objection is the usual problem for an amateur detective: too much keeping things to herself, when they should obviously be shared, and too few other people willing to give her credit for the brains she has.

What Shelley Freydont does with that standard problem is what made this book worthwhile in many ways, because she creates a society of unconventional women who basically carry on despite the men, and without their knowledge (or understanding). It does become a bit of a cliche that the women understand the men but not vice versa, though on reflection I realize that it's more a matter of the elders understanding most things better than our young people, Deanna and the rather hapless Joe Ballard. That young man has a lot to learn.

The writing is strong, smooth, and well-edited. It mostly falls into the category of "workmanlike," i.e. nothing to interfere with enjoying the story, but nothing to swoon over either. There is the occasional turn of phrase, however, that gave me real pleasure.

Recommendation:
An excellent choice for those who like historical settings and strong-minded women. There is no easy romance here, but a real and complex childhood friendship that may or may not grow into something more. I loved that Deanna spent little time thinking about it, though she's not indifferent. A Gilded Grave is a nice light mystery for a summer read. 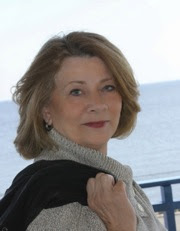 
Shelley loves puzzles of all kinds and when not writing or reading mysteries, she’s most likely working on a jigsaw, Sudoku, or crossword.

As Shelley Noble, she’s the author of the women’s fiction novels, Beach Colors

as well as several novellas.

She lives at New Jersey Shore and loves to hear from readers.
www.shelleyfreydont.com www.facebook.com/ShelleyFreydont 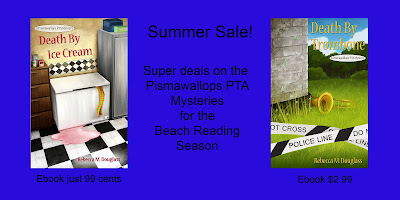