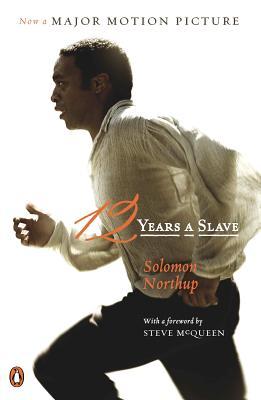 Summary:
Given the publicity the movie got, I doubt I need to say much here.  Solomon Northrup was born a free man in New York State, and lived there until I think his late 20s, when he was lured to Washington by a promise of work, drugged, kidnapped, and sold to a planter in Louisiana.  Twelve years later he managed to get word out to the right people, and was rescued. He wrote this narrative shortly after regaining his freedom.

Review:
Being somewhat familiar with the narrative styles of some of Northrup's contemporaries, I expected to find this difficult to read.  It wasn't, except in the emotional sense.  Northrup has a very direct way with the narrative, and tells his story simply, allowing it to grip the reader by its own power.  He makes every effort to be fair in his narrative (he gives the men who lured him from home much more benefit of the doubt than I do--I have no doubt they were part of the plot), but he also pulls no punches.  Slavery was a huge evil, slaves were not happy being slaves, and he insists that his readers understand that.  It's hard to imagine anyone reading this and not getting it, and in fact his narrative and others like it contributed to the anti-slavery movement that led to the Civil War.

Seeing this unflinching depiction of what slavery did to both slaves and masters gave me a much better understanding of the difficulty the country, and especially the South, has had in overcoming that legacy.  Men and women denied all chance at education, told constantly they are less than human, and worked like beasts, all too often unsurprisingly seemed capable of little thought or reason.  But Northrup makes it clear that the men and women who believed their slaves were less than human not only were at fault for what they did to those slaves, physically and psychically, but that they themselves were rendered less human by their beliefs.  Slavery was an institution that destroyed both slaves and slave-holders, and Northrup show that it doesn't take a college education and a century of perspective to see it.

Recommendation:
I'd recommend this to anyone over the age of about 14.  There are hard truths in this book, and truths every American, at least, should look in the face.  Plus, it's very well written and communicates those truths elegantly.

Full Disclosure: I checked 12 Years a Slave out of my library, and received nothing from the writer or publisher in exchange for my honest review.  The opinions expressed are my own and those of no one else.  I am disclosing this in accordance with the Federal Trade Commission's 16 CFR, Part 255: "Guides Concerning the Use of Endorsements and Testimonials in Advertising."