Friday Flash: Back at the Long Dogie Saloon

A few weeks ago, an article about the rather large Kangal dogs engendered an interesting discussion about large dogs and ended up (somehow) with the threat to put a certain member of the group into a story, riding into town on a rather large dog. For the record, the real dogs aren't quite that big, but since this is another venture into the Weird West genre, I didn't figure that realism was at the top of my list. I borrowed some characters and setting from an earlier Weird West story, which you can find here if you want. You might want to, because there was a contest associated with that story which no one has yet won.

Too Much Fur at the Long Dogie Saloon

Another hot summer afternoon at the Long Dogie Saloon. I’ve got a beer, because it’s too hot for whiskey and Dutchie brews a pretty good beer. Turkey Joe’s drinking whiskey anyway, because he’s trying to forget something he says he saw on the way in to Pete’s Gulch. He can’t tell me what it was, because he can’t remember the words, so I figure the drink is working.

The girls ain’t rightly awake yet, being as it’s only about midafternoon. They’re nursing big mugs of something Miss Kitty claims is coffee, and Little Lil’s playing scales at the piano, not too loud because Miss Peggy is scowling at her. Miss Peggy hates it when Lil practices the piano, but she hates it more if the kid doesn’t get the music right for the singing and dancing, so she has to put up with it.

So just another summer day, like I say. Until the twins come through the door, eyes bugging out to here and—I check to be sure—no sign of their banjo. They make a bee-line for the bar, and Dutchie sizes things up in about a second and shoves a couple of stiff ones across at them. In Pete’s Gulch, we figure most trouble is easier to face with a stiff drink.

Gord shudders and knocks back his shot without answering. Jord takes a gulp, shakes a moment, hiccoughs, and says, “Seein’ things. Big hairy things.” That’d be normal, except they saw it before hitting Dutchie’s rotgut.

Turkey Joe looks up. “Anyone maybe riding it?” He takes another gulp of his own drink.

“Ayup,” Gord says, and accepts another glass from Dutchie.

About that time, we hear the creak of a saddle, though we haven’t heard any hooves on the street outside. We all swivel to peer through the window at the hitching rail. It’s a bit hard to see, on account of Dutchie hasn’t washed the window glass since Adam was a pup, but someone is tying a very shaggy cowpony to the hitching rail.

I take another look. “Mighty funny looking horse,” I say, and everyone nods. It’s a bit smaller than the typical run of cowpony, but has about twice the hair. The rider pats the pony on the head, scratches it behind the ears, and then that horse opens its mouth and hangs out a thin, floppy tongue over some sharp teeth.

I reach for a drink as the rider pushes through the bat-wing doors. He raises his hat to the ladies and orders a beer, but don’t pay us no mind, not even when Miss Kitty crosses her legs and hoists her skirt a little higher over her knee.

“You got a name?” That’s skating on thin ice, a place like the Long Dogie. Mostly it ain’t a good idea to ask questions of strangers.

“I'm a traveler,” he says by way of not answering.

“Wal, Trav, that’s an interesting hoss you got out there.”

Before he can answer, if he’s going to, I hear a thunder of running hooves, and a deep bellowing bark, the sort of thing you might hear from, say, a dog the size of a small horse.

A moment later, Lefty busts through the swinging doors, and he’s some upset. So much he didn’t even seem to notice the giant dog tied to the hitching rail. Wearing a saddle and a collar, rather than a bridle.

“Attack out at the ranch! Need help!” Lefty gasps out his message, grabs my beer, gulps it down and turns back to the door, all of us on his heels.

It isn’t a natural kind of day.

First thing, I notice that Trav feller is alongside me, astride that huge dog of his, and the critter is howling like a whole pack of wolves. It’s about six inches shorter than my hoss, but keeps up just fine.

Next thing, I notice that the attackers swirling around the Last Chance Ranch aren’t riding ponies either.

They aren’t riding anything I’ve ever seen before. And the riders are kind of green. By this time, I’m feeling a little green myself, but Trav lets loose with a holler, and he and that funny mount of his charge right into the middle of them, growling and snapping.

Our horses ain’t so pleased about the green folks, but they got their pride. All of them follow that furry critter into the fight, so I pull my six-shooter and start blasting away.

That doesn’t seem to do much good, and pretty soon we’re surrounded by the green riders on their weird mounts, and I see Trav is surrounded a ways off, outnumbered but defending himself pretty good. It don’t look good, even with Shorty and Swifty blazing away from the bunkhouse, and old Steve, the trail boss, in the main house maintaining order with his shotgun.

It’s the ladies save the day, truth to say. They naturally don’t tote six guns around in their garters, so Miss Kitty and Miss Peggy grabbed up a couple of big pots of chili from the stove on their way out. That stuff is hotter than the heart of hell, and I mean that in every way. Dutchie has a hand as heavy with the chilies as it is with the whiskey.

So when Kitty and Peggy let fly with that chili, spraying it all over our attackers, they let out some unearthly screams and start grabbing at what I take to be their faces. Those things they’re riding scream too, and take off for the hills.

When I look around to see if Trav is okay, he’s gone, too. 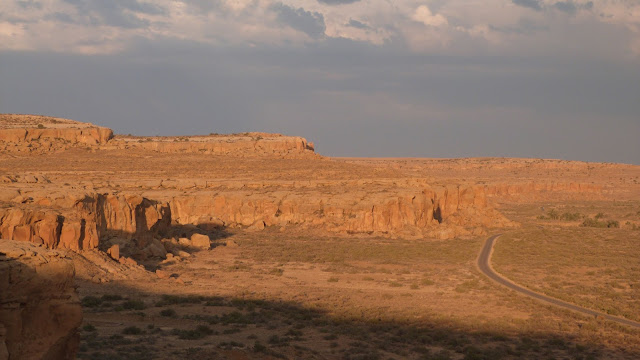